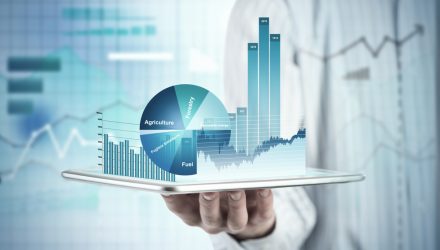 Small-Cap Growth ETF Can Bounce Back

As measured by the S&P 500 Growth and S&P SmallCap 600 indexes, growth and small-cap equities are lower through the first two months of 2022.

The $119 million RZG is off 13.37% year-to-date, but one of the major factors weighing on small-cap growth stocks is out in the open and may be priced into the shares.

“The main driver of the downturn was the Federal Reserve’s decision to shift gears on monetary policy, which would start in March. The central bank has signaled—for months now—that it plans to lift interest rates several times and reduce its bond holdings to tame inflation,” reports Jacob Sonenshine for Barron’s.

Growth stocks — large and small — can be vulnerable to rising interest rates because growth companies’ cash flows are longer-dated. That’s even more true with smaller growth companies because plenty of firms in this category aren’t yet profitable. When bond yields shoot higher, some investors simply don’t want to deal with the risks associated with small companies, some of which have long roads to profitability.

Investors looking for a silver lining amid the sluggish start to 2022 for small-cap growth fare can find some positivity in the form of multiples on many of these names declining to somewhat reasonable levels and RZG trading higher over the past month.

“The upshot: If bond yields can rise more slowly, earnings and sales growth for small-cap growth companies have a chance to bring stock prices higher. And that growth outlook looks pretty promising. Aggregate earnings per share for the growth fund are expected to grow just over 45% in 2023, according to FactSet,” notes Barron’s.

RZG holds 130 stocks with an average market capitalization of $2.71 billion and a forward price-to-earnings ratio of 14.03x, according to issuer data.

In its favor, RZG allocates over 24% of its weight to financial services stocks. That’s the ETF’s largest sector exposure, and it’s the sector most positively correlated to rising interest rates. The fund also allocates 5.35% of its weight to high-flying energy stocks — another sector known for performing well against the backdrop of rising rates.