You are at:Home»ETF Education channel»Redemption Is Possible in the Ailing Reflation Trade 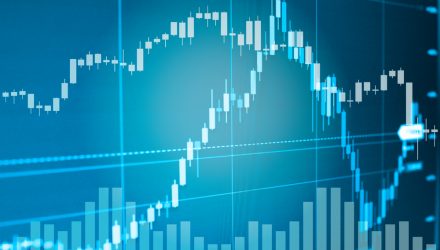 Redemption Is Possible in the Ailing Reflation Trade

The reflation trade was one of the obvious catalysts behind the value rally, one that supported exchange traded funds like the Invesco S&P 500® Pure Value ETF (RPV) through much of the first half of the year.

However, just like any other trend, the reflation rally encountered some headwinds at the hands of declining Treasury yields and talk that the Federal Reserve could accelerate its interest rate hike timeline. Some market observers believe investors need not fret about the latter and that the reflation trade could be refreshed sooner rather than later. That could be a sign to revisit RPV.

“The idea that high rates of inflation may force the Federal Reserve to hike interest rates prematurely, curbing future growth; the fear that the spread of the Delta variant might disrupt the global economic recovery; and the concern that policy changes and slowing growth momentum could undermine sentiment on China,” said UBS CIO Mark Haefel.

The strategist recommends investors don’t rush to abandon  cyclical stocks. An accurate call here would be a huge plus for RPV because the Invesco fund is heavily cyclical, as highlighted by a 43.48% allocation to financial services stocks.

RPV is down just 1% over the past month. A bear market this is not, but with investors pensive about persistent inflation and the emergence of the Delta variant of the coronavirus, some may be jittery and apprehensive regarding reflation stocks. Haefel doesn’t see things that way.

“”We don’t think near-term inflation will force policymakers to over tighten, and the Fed’s employment criteria are still unmet,” he said. “While the Delta variant may mean a more uneven economic recovery globally – with some emerging market economies on a slower path to reopening than the US and Europe – vaccines appear to be effective at reducing healthcare burdens, and we expect governments increasingly to look through rising case numbers.”

Homing in on sector-level reflation ideas, UBS is enthusiastic about energy and financial service names. RPV allocates over half its weight to those two sectors.

Haefele adds the reflation trade can rebound because S&P 500 earnings growth is forecast to soar this year. Many consumers are also in strong positions; RPV because devotes almost 10% of its weight to consumer cyclical stocks.