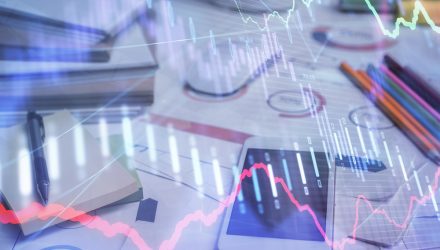 Investors love good deals, and they also love growth. Often times, the latter doesn’t accommodate the former, but there is the notion of growth at a reasonable price (GARP).

It doesn’t happen all the time, but there are occasions when the quality factor is a credible avenue to GARP stocks. The Invesco S&P 500 Quality ETF (NYSEArca: SPHQ) is an exchange traded fund with which to tap into that theme.

SPHQ, which is up 20% over the past 12 months, is a relevant consideration today because as the growth/value debate continues, quality is attractively priced, and GARP could prove to be the winning strategy.

“For investors less inclined to time these swings, GARP offers several advantages. Since last March, regardless of the style currently in vogue, high beta – stocks that exhibit greater volatility than the market at large — low quality names have generally underperformed,” according to BlackRock. “Interestingly, these high beta names are most visible at both extremes of the value/growth spectrum. In other words, deep value as well as early or speculative growth tend to be high beta.”

The $3.75 billion SPHQ tracks the S&P 500® Quality Index. How that index defines quality is also important to market participants because among the various investment factors, there’s not a lot of uniformity in how quality is defined. In the case of SPHQ’s underlying index, it takes into account return on equity, accruals ratio, and financial leverage ratio.

One of the hallmarks of quality investing is consistency over the long term. GARP also checks that box, indicating that SPHQ is a credible way to access GARP.

“Apart from modest betas, the other argument favoring GARP is reliability; historically it has been the most “all-weather” investment style,” adds BlackRock. “As the last 18 months have demonstrated, equity style rotations are often hostage to swings in the economy. At this point in the cycle investors may want to moderate their macro-economic risk. GARP has the advantage of generally performing well in most environments.”

Indicating that it’s a more-than-adequate idea for splitting growth and value, about 60% of SPHQ’s 102 holdings are growth and value stocks. SPHQ is also suitable over the near term because it addresses the macro-economic conditions that investors will contend with this year.

“GARP can underperform, particularly against value. That said, both growth and inflation are likely to moderate towards mid-year for a variety of reasons, including a substantial reduction in fiscal stimulus, along with the eventual easing of supply-chain related issues as the current Omicron wave passes and existing untapped labor pools can help fill a record number of job openings,” concludes BlackRock.