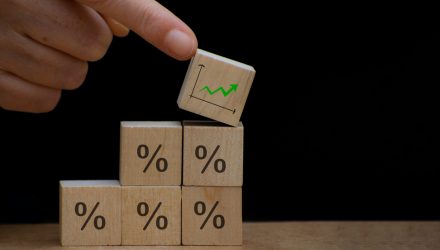 As has been widely documented, these aren’t go-go days for growth stocks with communication services, consumer discretionary, and technology ranking as three of 2022’s worst-offending sectors.

As such, the fund is scuffling this year, but over time, QQQM has the potential to reward patient investors. Of course, much of that proposition is derived from the notion that growth stocks will eventually rebound. Then there’s the point that many QQQM components are more undervalued today than they have been in several years.

Speaking of value, fund fees are declining across the board, marking a boon for long-term investors.

“The average expense ratio paid by fund investors has been falling for two decades. In 2021, the asset-weighted average expense ratio across all mutual funds and exchange-traded funds (not including money market funds and funds of funds) was 0.40%,” wrote Morningstar analyst Bryan Armour. “This is less than half of what investors paid in fund fees, on average, in 2001.”

QQQM is relevant in the low fund fee conversation conversation because its annual expense ratio is just 0.15%, or $15 on a $10,000 investment. That makes it one of the most affordable ETFs benchmarking to the Nasdaq-100 Index.

QQQM is further relevant on this topic because, while fund fees are declining across the board, passive funds are leading the way. QQQM is a passive ETF.

QQQM came to market with the aforementioned 0.15% expense ratio, and while no plans to lower that fee have been publicly revealed, the ETF’s status as one of the least expensive ways to efficiently access the Nasdaq-100 is resonating with investors. QQQM doesn’t turn two years old until October, and it already has $4.16 billion in assets under management, according to issuer data.

Making that figure all the more impressive is the fact that $1.64 billion of that total has flowed into the fund this year as growth stocks have slumped, showing that some investors are willing to play the long game as long as fees are attractive.