You are at:Home»ETF Education channel»Maybe Some Hope for Growth Stocks 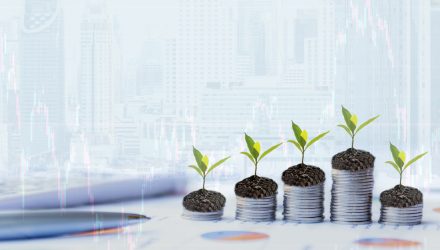 Maybe Some Hope for Growth Stocks

Growth stocks are embattled to say the least, marking a significant reversal in fortune. In 11 of the 15 calendar years leading up to 2022, growth trounced value.

While recent market action suggests that better pricing could avail itself with growth stocks, investors might want to consider QQQ and QQQM as watch list ideas because some market observers believe that a growth rebound is possible. That resurgence could be facilitated by attractive valuations, a slowing economy, and some interest rate stability.

“While comparisons to the late ’90s were somewhat misplaced, it is fair to point out that too many growth companies were trading at unsustainable valuations before this year’s decline. That said, while many early growth names are still vulnerable, the mega-cap names that dominate the tech and growth indexes appear more reasonably priced,” according to BlackRock research.

In other words, many of the previously richly valued star stocks that powered bull runs in QQQ and QQQM are more attractively valued today than they have been in some time. Adding to the allure of the Invesco ETFs is the point that some of their largest components, such as Apple (NASDAQ:AAPL) and Microsoft (NASDAQ:MSFT), exhibit obvious quality traits, and that’s something to consider at a time when markets are saying that junk stocks are out of favor.

Quality/profitability is desirable in any climate, particularly if a recession comes to pass. If the U.S. economy materially weakens, the above-average rates of growth offered by QQQ and QQQM components could prove attractive.

Interest rates could either be the key to growth stocks’ rebound potential or more bad vibes as 2022 enters the second half. On Wednesday, the Federal Reserve hiked rates by 75 basis points in its most ambitious move this year to quell inflation.

“Growth companies, particularly the most speculative, typically reprice the fastest when the discount rate rises. This is particularly true when rates rise rapidly. Looking back at the past 10-years, small increases in long-term rates have been immaterial to growth’s relative performance. However, sharp spikes in long-term rates have been associated with significant growth underperformance, as has been the case all year,” concluded BlackRock.