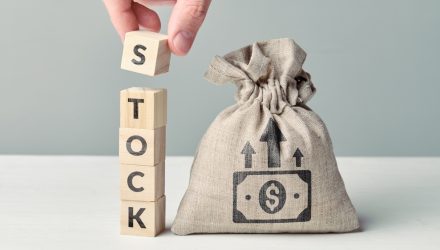 Looking for Cheap Stocks for 2023? QQQ Has Them

The growth stock slump that’s been prominent for much of 2022 is accelerating to close the year, but some market observers are betting that if the Federal Reserve has the latitude to slow rate hikes in 2023, growth equities could bounce back. Plus, the usually expensive group is now offering investors more reasonable valuations, indicating that the cost of admission to well-known, growth-heavy exchange traded funds such as the Invesco QQQ Trust (QQQ) and the Invesco NASDAQ 100 ETF (QQQM) isn’t as rich as it previously was.

In fact, QQQ and QQQM are now homes to a surprisingly large number of large- and mega-cap growth stocks that are trading at unusually reasonable valuations. One example of that trend is Morningstar recently highlighting the internet content and information group as one of the most undervalued industries in the U.S.

Alphabet and Meta are the largest communication services holdings in QQQ and QQQM, combining for about 10% of the ETFs’ rosters. Morningstar noted that communication services and consumer discretionary are among the sectors are that currently undervalued. That’s pertinent to investors evaluating QQQ and QQQM because the funds devote a combined 30% of their portfolios to those two groups. The extent to which the broader market is currently undervalued is notable.

“Over the last 20 years, Morningstar analysts have seen U.S. stocks as undervalued during only 10 distinct periods, or about 36% of the time,” added Hossain. “However, there’s only been three times when valuations were as low as they are now: The pandemic crash of 2020, 2011′s eurozone crisis, and the global financial crisis of 2008.”

Specific to Alphabet and Meta, some analysts are increasingly bullish on those stocks with valuation playing a part in that positivity.

“[Meta and Alphabet] stocks have more valuation support vs. history, and while revenue estimate cuts for advertising stocks are very likely in a recession scenario, we would anticipate accelerating cost-cutting activity in 2023 to result in smaller [earnings per share] cuts vs. peers,” according to Bank of America.