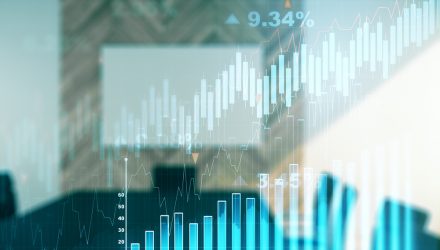 The KBWB ETF Is About to Get Another Big Boost

As was widely expected, major banks passed the Federal Reserve’s recent stress tests, setting the stage for the central bank to sign off on dividend increases and the resumption of share repurchase programs.

Both could be contributors to more upside for the already high-flying Invesco KBW Bank ETF (NASDAQ: KBWB). KBWB follows the the KBW Nasdaq Bank Index, meaning it’s a pure bank exchange traded fund. None of its 25 holdings are classified as insurance companies – a sign that it’s highly levered to the Fed approving new shareholder reward schemes.

It’s expected that dividend hike and share buyback announcements from banks, including KBWB, could start arriving as soon as early next month.

“Wells Fargo, Goldman Sachs Group, and Morgan Stanley could have some of the largest dividend increases among the big banks in the wake of the Federal Reserve’s industry stress tests released on Thursday,” reports Andrew Bary for Barron’s.

Wells Fargo (NYSE: WFC), which was a 2020 dividend offender, is KBWB’s largest holding at 8.30% of the fund’s weight as of June 25, according to issuer data.

“Big banks should have dividends in the range of 2% to 3% after increases that are expected to average 10% across about 20 large banks, according to Barclays analyst Jason Goldberg,” reports Barron’s.

Split the difference and say major domestic banks should, on average, yield 2.50%; that’s still well above the 12-month distribution rate of 1.90% on KBWB.

On a percentage basis, big hikes could also be coming from Dow component JPMorgan Chase (NYSE: JPM), Bank of America (NYSE: BAC), and Citigroup (NYSE: C). That’s music to the ears of KBWB investors because those are three of the top five holdings in the Invesco fund. The trio combines for about 22.60% of the fund’s weight.

Barclays’ Goldberg is also forecasting a decent dividend increase from US Bancorp (NYSE: USB), which is the third-largest component in KBWB at a weight of nearly 8%. Pennsylvania-based PNC Financial (NYSE: PNC) could also woo investors with a significant payout boost. That stock is the seventh-largest holding in the $2.37 billion KBWB at an allocation of 4.15%.

Some analysts are wagering that banks are likely to be prudent in terms of dividend increases, but could unveil massive buyback plans in an effort to boost earnings per share. 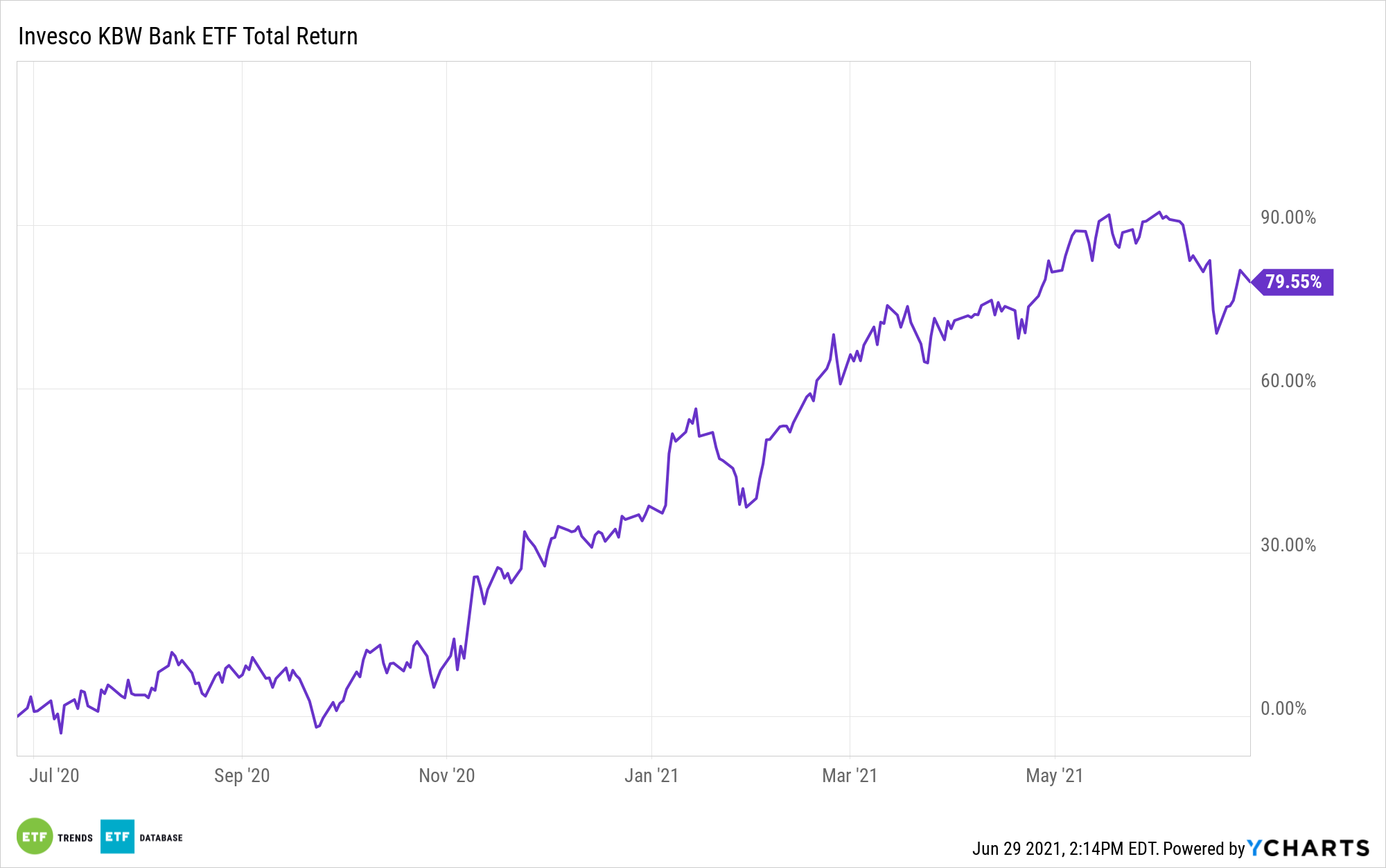