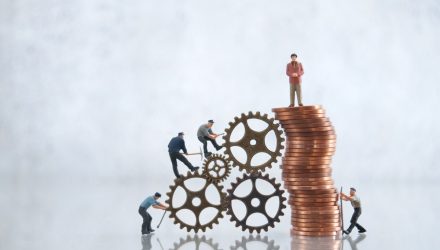 It Might Be Time to Consider Growth Stocks, ETFs

This has been a trying year for growth equities and the related exchange traded funds. The momentum built off the June lows is now mostly gone, dismissed by market observers as a case of too much, too soon.

With inflation still high, more interest rate increases are likely in the offing, potentially meaning more volatility for growth stocks and ETFs such as the Invesco QQQ Trust (QQQ) and the Invesco NASDAQ 100 ETF (QQQM).

Rising bond yields are drags on growth stocks due to longer-date cash flows, and that’s playing out this year as Federal Reserve interest rate increases pinch Amazon (NASDAQ:AMZN) and plenty of other marquee holdings in QQQ and QQQM.

“To be sure, part of Amazon’s drop is because forward earnings estimates have fallen, according to FactSet, as higher costs such as wages have eaten into profit margins. Still, the company is expected to grow earnings at a relatively fast clip, which helps it maintain its status as a growth company—and keeps it caught up in the broader selloff in growth names,” reported Jacob Sonenshine for Barron’s. “The biggest driver of the losses in growth has been rising bond yields. The 10-year Treasury yield is now above 3.5%, up from 1.51% to end 2021. Higher long-dated bond yields make future profits less valuable—and fast-growing companies are valued on the basis that they’ll churn out a bulk of their profits far into the future.”

Ominous as the specter of rising rates is, there are some inklings of hope for growth stocks, including QQQ and QQQM components. Notably, a recent RBC survey indicated that professional money managers are currently lightly allocated to large- and mega-cap growth stocks — perhaps too lightly allocated.

“While it’s too early to say that Nasdaq positioning has bottomed (it’s still a bit above historical lows), it’s important to note that the [growth stock]unwind does appear to be later-innings,” noted Lori Calvasina, chief U.S. equity strategist at RBC, in a recent report.

Translation: Net long positions in Nasdaq futures are low, but that indicates there’s room to the upside, and as money managers rotate back to growth stocks, the benefits could be tangible for ETFs such as QQQ and QQQM.

“Maybe growth investors need to endure a bit more pain, but starting to scoop up some shares now isn’t a bad idea,” according to Barron’s.