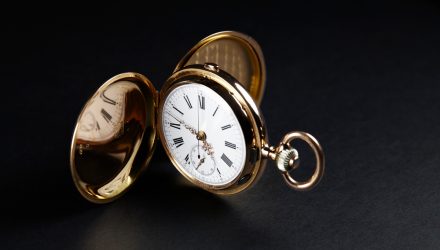 If History Repeats, QQQS Could Rally

It’s frequently said that in financial markets, history doesn’t always repeat, but it often rhymes. Small-cap investors are likely to accept either a sequel or rhyme. Either scenario could benefit a wide assortment of exchange traded funds, including the newly minted Invesco NASDAQ Future Gen 200 ETF (QQQS).

The reasoning beyond the thesis is simple. Some market observers believe that stagflation — the combination of high inflation and a sluggish economy — will ultimately set in. They also say that when that ominous condition arrived in the 1970s, it later gave way to one of the best bull runs on record for small-cap equities.

In a note to clients published last Friday, Bank of America strategist Michael Hartnett outlined several reasons why small-caps could be poised for outperformance.

“And while the Fed disappointed markets this week, as Chairman Jerome Powell gave a clear signal that the central bank isn’t ready to soften its stance on higher interest rates, BofA says don’t give up on that pivot,” reported Barbara Kollmeyer for MarketWatch. “After tightening interest rates through 1973/74 amid inflation and oil shocks, the central bank first cut in July 1975 as growth turned negative, notes Hartnett. A sustained pivot began in December of that year, and crucially, the unemployment rate surged from 5.6% and 6.6% that same month.”

QQQS isn’t a yet a month old, but the fund’s infancy doesn’t preclude it from participating in previously established small-cap trends. In fact, if stagflation sets in, QQQS could be an attractive option for investors looking to combat economic lethargy.

This is because the new Invesco ETF is a growth-heavy fund and investors might prize growth stocks, small or otherwise, in a lethargic economic environment. As Bank of America’s Hartnett’s points out, there could be lessons for small-cap investors in 1970s stagflation employment data. To that end, the October jobs report may prove pertinent when evaluating QQQS.

“Friday’s data showed the U.S. added a stronger-than-expected 261,000 jobs in October, but slowed from the prior month’s 315,000 job gains. The unemployment rate ticked up to 3.7%,” according to MarketWatch.

QQQS holds 199 stocks, and while it has the DNA of what appears to be a growth ETF, it offers a surprising amount of value, as stocks with that designation represent about 32% of the fund’s roster.