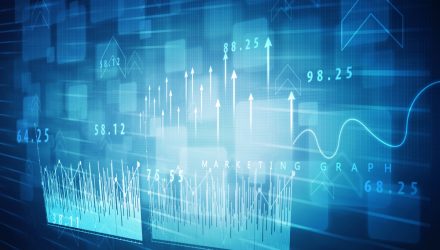 How Long-Term Investors Can Embrace Tech on the Pullback

Meta Platforms’ (NASDAQ:FB) Thursday plunge — the worst one-day erasing of market value for a single company on record — might deter some investors from nibbling at growth and technology stocks, but weakness in the space could ultimately prove to be a buying opportunity.

One way for long-term investors to nibble at growth and tech names today is to eschew stock picking and embrace exchange traded funds such as the Invesco NASDAQ 100 ETF (QQQM).

QQQM follows the Nasdaq-100 Index (NDX), of which the aforementioned Meta is a marquee member, but recent earnings reports from Apple (NASDAQ:AAPL), Alphabet (NASDAQ:GOOG), and Amazon (NASDAQ:AMZN) indicate that there are still reasons to believe in the long-term fundamentals of mega-cap growth stocks.

“Carnage across growth stocks pushed them down well into undervalued territory. Even the technology sector, which had been one of the most overvalued at the beginning of the year, is now littered with undervalued opportunities,” says Morningstar analyst Dave Sekera.

There’s another reason that QQQM is a valid consideration for patient investors. Many of its 104 components are considered wide moat companies. Not only does that speak to competitive advantages and quality traits, it also highlights the potential of some QQQM member firms to protect investors against rising inflation.

“Wide Moat companies typically will exhibit better pricing power, and have the ability to pass through their own cost increases to their customers. As such, they will be able to maintain margins if inflation remains more persistent than we currently forecast and thus hold their valuations,” adds Sekera.

Apple, Amazon, Alphabet, and Microsoft (NASDAQ:MSFT), among others, are examples of QQQM components that are wide moat firms. Interestingly, Alphabet, Amazon, Meta, and Microsoft, which combine for about 29% of the $3.76 billion QQQM’s weight, are all considered undervalued today, according to Morningstar analysis. The research firm also notes communication services — 19.14% of QQQM’s weight — as an example of an undervalued sector.

“Communications dropped 9.46% through Jan. 28 and is the third-worst performing sector so far this year. The sector is highly concentrated as Alphabet (Google) (GOOG) and Meta Platforms (FaceBook) (FB) account for 55% of the market cap of the sector, both of which we rate with 4 stars and trade at 23% and 25% discount to their fair values, respectively,” concludes Sekera.

That analysis was published prior to Meta’s Thursday decline.