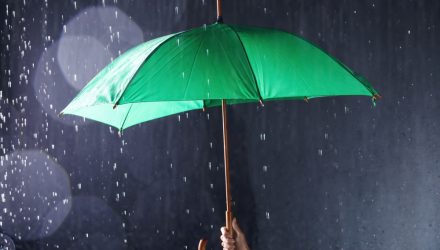 All right, that headline takes some liberties, but some research suggests that when investors are feeling down, they’re more inclined to embrace environmental, social, and governance (ESG) strategies.

Those gloomy vibes could have positive implications for exchange traded funds, such as the Invesco ESG NASDAQ Next Gen 100 ETF (QQJG). Indeed, there’s plenty for investors to be concerned about this year, including rising interest rates, persistently high inflation, and a sluggish economy, and that’s just in the U.S.

Those are also among the factors crimping growth stocks — an asset class on which QQJG relies heavily. However, research led by Alexandre Garel, an associate professor at Audencia in Nantes, France indicates that ESG is one way moribund investors go about attempting to perk up their moods.

“Garel, along with professors Adrian Fernandez-Perez at Auckland University of Technology in New Zealand and Ivan Indriawan of University at Adelaide in Australia, decided to study how emotions play a role in determining people’s preference for environmental, social and governance-oriented investments,” reported Tim Quinson for Bloomberg.

The study tested the notions that assets with strong ESG credentials are less risky than comparable assets that are ESG-challenged and that ebullient moods promote more embracing of sustainable assets.

The second point is more subjective and harder to quantify, but the first has been confirmed by a various research reports and studies, which note equities with superior ESG resumes are usually less volatile than counterparts with ESG credibility.

Specific to QQJG, the bulk of the fund’s 88 holdings are smaller large-cap stocks and mid-cap names. Over time, the fund may be more volatile than a large/-mega-cap growth fund. However, that added volatility could likely be almost solely attributable to the size factor, not ESG credentials.

Interestingly, the aforementioned study uses a metric called “onset and recovery,” or OR, which could provide some unique seasonal clues about when investors may be apt to embrace an ETF like QQJG.

Alternatively, investors can opt to simply focus on the fact that QQJG is a unique avenue to growth stocks with strong ESG traits and many of its components are currently undervalued in significant fashion today.