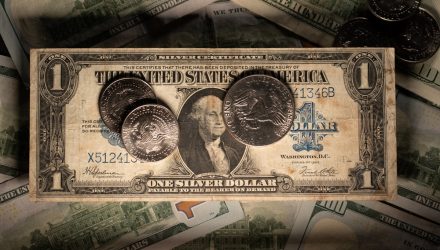 History Could Be on the Side of The QQQs

The Nasdaq 100 (NDX) and Composite indexes are struggling this year, but recent weakness in those growth-heavy gauges could give way to upside. If that assessment offered by some market observers proves accurate, count the QQQs ETFs, the Invesco QQQ Trust (QQQ) and the Invesco NASDAQ 100 ETF (QQQM), as the funds likely to benefit. Both Invesco ETFs follow the Nasdaq 100.

Jason Goepfert, chief research officer of Sundial Capital Research, recently noted that the Nasdaq Composite — the pool from which the Nasdaq-100 draws — is fulfilling a series of bearish indicators, and when those signals run their course, the index historically rallies.

“The Nasdaq has entered elite company, joining the most miserable markets ever,” Goepfert said in a Tweet.

The old financial market saying that “history doesn’t always repeat, but it often rhymes” is pertinent in this case, particularly for investors considering QQQ and QQQM. Investors mulling those ETFs will take a “rhyme,” but a historical repeat would be even more enticing.

“Historically, the Nasdaq typically bounces back after these three conditions are met. In five previous instances, one week later the index was always higher and the median gain 5.3%,” reported Alex Harring for CNBC. “One year later, the median gain was 20.3%, but the dispersion was greater, with two instances down and three up from what Goepfert dubbed the original point of ‘misery.’ After 2008, the gain one year later was 40.5% while in 1973 the loss one year later was 34.3%.”

Much of the misery incurred this year by QQQ and QQQM boils down to rising interest rates. These ETFs are growth-heavy and have essentially no traditional value exposure. When rates rise, the future cash flows of growth companies become less appealing.

Prior to the global financial crisis, “the three conditions were met in September 2001, shortly after markets reopened following the 9-11 attacks; in 1974, a few weeks after President Nixon’s resignation; and in late 1973 in the midst of the Arab oil embargo that followed the Yom Kippur War,” according to CNBC. “Interestingly, all six instances occurred in the final four months of the year: twice in September, three times in October and once in December.”

Again, history isn’t guaranteed to repeat, but if it does, QQQ and QQQM could reward investors into year-end.