You are at:Home»ETF Education channel»Equal-Weight Still a Winner Among Smart Beta Strategies 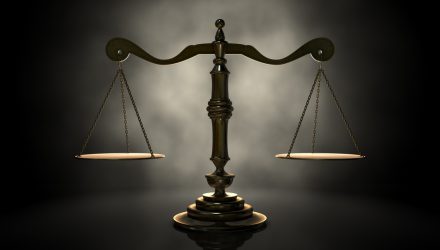 In the smart beta landscape, equal-weight ETFs are among the most battle-tested concepts. Consider the Invesco S&P 500 Equal Weight ETF (RSP).

The $28.78 billion RSP recently turned 18 years old, making it not only the godfather of equal-weight ETFs, but one of the oldest smart beta ETFs of all stripes. Weighting stocks equally under one umbrella doesn’t always lead to outperformance, but RSP’s long-term track record is impressive, and with value and smaller stocks performing well this year, so is the Invesco fund. As of July 5, RSP is higher by 20.2% year-to-date, an advantage of 340 basis points over the cap-weighted S&P 500.

A Good Time for RSP?

As noted above, RSP’s long-term track is impressive, proving there is durability with equal-weight strategies. However, owing to equal-weight often leaning into the size and value factors, the fund is a particularly strong idea at times when one or both of those factors are excelling.

Regarding size benefits, it’s important for investors that are new to equal weighting to realize that simply because RSP weights stocks in equal proportions, it’s not a small cap fund. The average market capitalization of its components is just under $72 billion, according to issuer data. That’s well into large cap territory. Large cap equal-weight strategies are likely to be less volatile than small cap equivalents and slightly more volatile than cap-weighted large cap fare.

Overall, the researchers say their findings confirm the notion that equal-weight’s advantages are in large part sourced from size and value exposure. That said, RSP isn’t overly dependent on value stocks, as such names represent about 37% of the portfolios. As for smaller stock exposure, small caps represent less than 1% of the roster. There is an approximately 55% tilt toward mid caps.