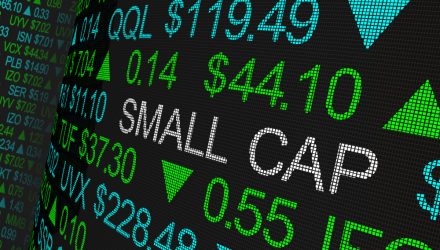 Since the widely followed Russell 2000 Index peaked in March, the small-cap benchmark and assets tracking smaller stocks have done a whole lot of nothing.

With small-caps entering a six month of lagging large-cap rivals, some investors might be itching to throw in the towel on small-cap equities and exchange traded funds, including the Invesco S&P SmallCap 600 Pure Value ETF (RZV), but some strategists believe that smaller stocks are ready to bounce back.

RZV resides about 9% below its 52-week high, but with a deep cyclical value tilt, the Invesco fund could be a leader when smaller stocks come back into style. Additionally, investors that are getting frustrated by recent small-cap lethargy should keep in mind that periods like the current one aren’t uncommon.

“We are in the midst of a longer period of going nowhere for small caps, but this is not anything we haven’t seen before,” says Jefferies strategist Steven DeSanctis. “We thought we needed the ‘pause that refreshes’, but we also think the size segment should begin to perform better this fall.” 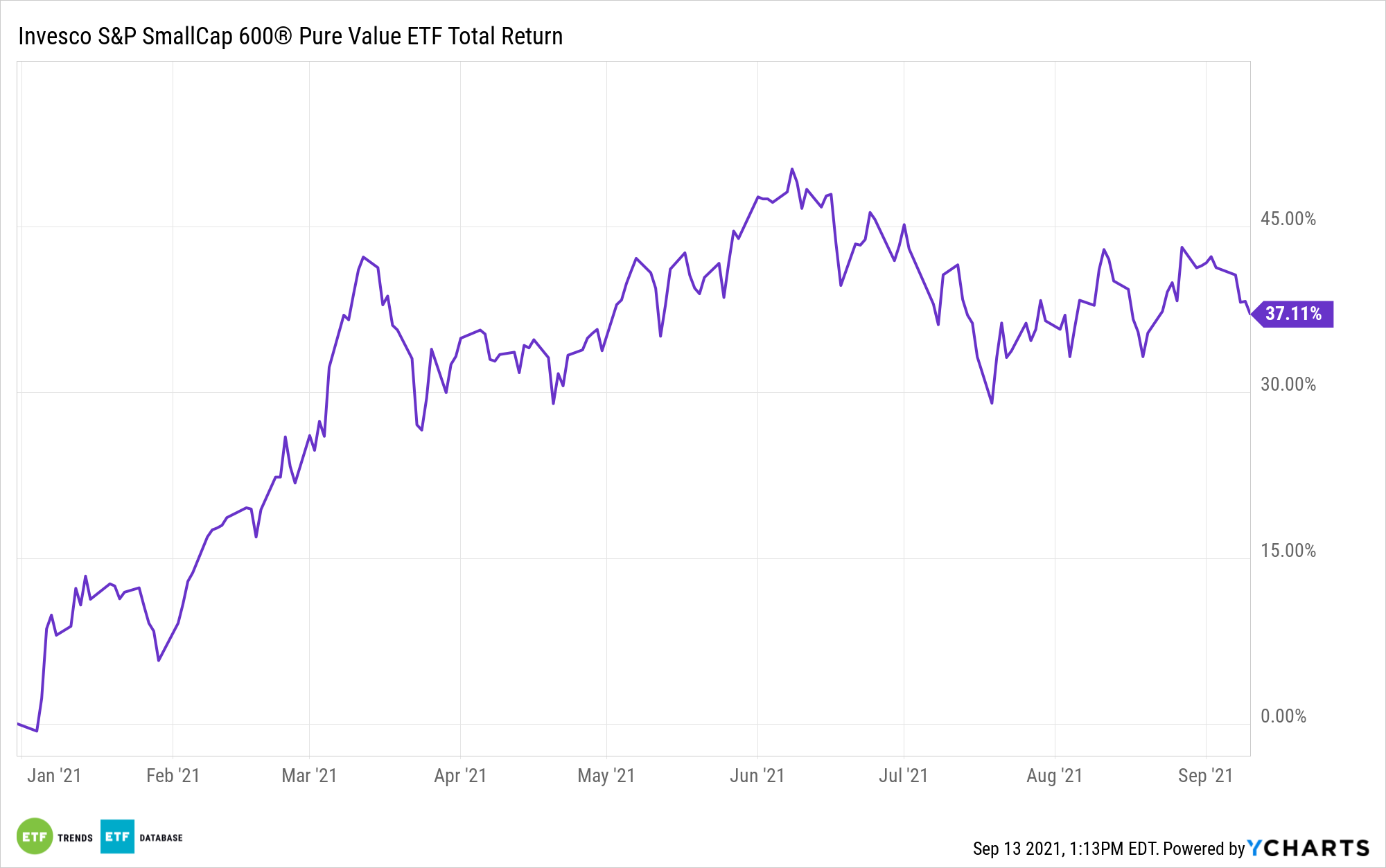 RZV Could Be Right Call for Patient Investors

For investors willing to wait on a small-cap rebound, RZV could prove to be a sound wager on that outcome. The Invesco ETF follows the S&P SmallCap 600 Pure Value Index, giving it a deep cyclical tilt, which is relevant because, as Jefferies’ DeSanctis notes, small-cap valuations are interesting today.

“We think we are in the midst of a longer-term outperformance cycle, and these cycles never end when our relative valuation model is as cheap as it is today, in the 22nd percentile,” said the strategist.