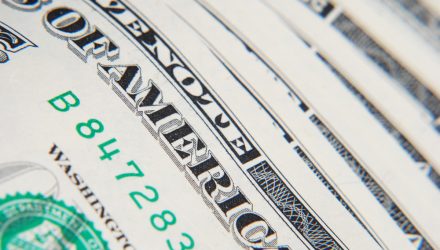 With the benefit of seven interest rate increases by the Federal Reserve, the U.S. dollar was one of the 2022 stars of the currency complex, pinching export-heavy sectors along the way. While there are expectations in place that the dollar will weaken this year, that doesn’t necessarily mean the greenback will collapse into a bear market. In fact, with some strategists constructive on small-cap stocks and exchange traded funds as 2023 investment ideas, it can be inferred from that sentiment that the dollar will remain somewhat sturdy this year.

That could be good news for the Invesco NASDAQ Future Gen 200 ETF (QQQS). QQQS debuted last October as the latest addition to Invesco’s storied suit of “QQQ” ETFs — products linked to the Nasdaq 100 Index (NDX) and derivative benchmarks.

QQQS follows the Nasdaq Innovators Completion Cap Index, which is a smaller stock complement to NDX and the Nasdaq Next Generation 100 Index. Its focus on smaller stocks makes QQQS relevant in the dollar strength/weakness conversation.

“We anticipate some further narrowing in the yield gap in early 2023, but interest rates in the U.S. are still likely to remain higher than those in most other major developed countries even if the Fed cuts rates later in the year, limiting the dollar’s downside. Moreover, there is likely more risk that the Fed exceeds expectations on the upside than the downside given its concern about strength in the U.S. labor market fueling inflation,” according to Charles Schwab research.

Small-cap companies, including QQQS components, usually generate the bulk of their revenue on a domestic basis, meaning they’re less sensitive to dollar strength. That’s a plus because demand for greenbacks is robust.

“Demand for the dollar as a safe haven is likely to continue as a supportive factor in 2023. The ongoing war in Ukraine, trade conflicts, uncertainty about the path of the COVID virus and its impact on economic growth, and political upheaval in many parts of the world have made U.S. investments look relatively attractive over the past few years,” added Schwab.

While some sectors are more exposed to international exports than others, particularly in the large-cap arena, QQQS mitigates some of that risk with a 54.80% weight to healthcare stocks — a group that in small-cap territory, is largely dependent on domestic sales. The same is true of small-cap consumer cyclical names, which account for 8.52% of the QQQS portfolio.