You are at:Home»ETF Education channel»Deep Value ETF Could Be Buyable on Correction 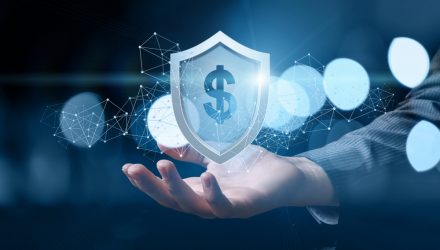 Deep Value ETF Could Be Buyable on Correction

With the S&P 500 on a seven-month winning streak, it may be hard to imagine that an equity market correction could be imminent.

However, it is a possibility that investors should acknowledge — while remembering that corrections are natural and not as ominous as full-fledged bear markets. In a recent note to clients, Morgan Stanley U.S. Equity Strategist Mike Wilson says that it’s possible the S&P 500 could experience a 10% retrenchment before the end of this year.

“Many of the internal rotations we expected during the mid-cycle transition have played out,” Wilson wrote. “In addition to large caps and quality outperforming, early-cycle sectors like autos, transports, semiconductors, home builders/improvement and consumer discretionary have underperformed since mid-March. This suggests we’re now in the later stages of that transition.”

Importantly, he remains broadly bullish on stocks and highlights some of the sectors that could do well following a pullback — if one materializes. The Invesco S&P 500 Pure Value ETF (RPV) could benefit on that basis.

While the broader complex of cyclical value stocks has declined since March, RPV cobbled together more upside, though it’s slightly off its highs for the years. RPV, which tracks the S&P 500 Pure Value Index, is up 26.18% year-to-date and is coming off an almost 3% August gain. The macro environment could be another point in RPV’s favor.

“With the quality stocks now expensive relative to the market and arguably more crowded today, it may be their turn to experience the rolling correction that’s been ongoing all year,” Wilson wrote. “It also suggests we get a rotation back toward cyclicals and reopening plays as long-duration growth stocks take a bigger valuation hit,” adds Wilson.

Wilson advises getting defensive if economic growth disappoints. RPV offers some coverage on that front as healthcare and consumer staples stocks combined make up 17.43% of the fund’s weight. Those sectors have tendencies to perform well in sluggish growth environments, particularly when interest rates remain low. RPV holds 120 stocks with an average market capitalization of $60.19 billion.