You are at:Home»ETF Education channel»Cyclical Stocks, ETFs Could Be on the Cusp of Big Moves 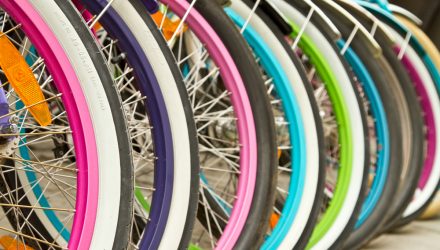 Cyclical Stocks, ETFs Could Be on the Cusp of Big Moves

Growth stocks are showing plenty of signs of life in recent weeks, but value investors shouldn’t fret because some market observers are bullish on cyclical fare into year-end.

For example, the Invesco S&P 500 Pure Value ETF (RPV) is up almost 4% over the past month after climbing 2.7% last week. RPV, which tracks the S&P 500 Pure Value Index, is higher by 32.36% year-to-date. One way of looking at “pure value” is that it’s another way of saying “deep value,” meaning that RPV is heavier on cyclical stocks than most traditional large-cap value exchange traded funds. That’s an important trait in the current climate.

“Versus the overall stock market, they are currently being priced lower than 91% of the time since 1945,” Leuthold Group strategist Jim Paulsen said of cyclical stocks.

Owing to their status as significant drivers of the reopening trade, cyclical stocks were major contributors to broad market upside coming out of the coronavirus bear market last year. That scenario had some momentum as cyclical equities performed admirably well into the second quarter of this year. Value names would later retreat as 10-year Treasury yields did the same.

As Leuthold Group’s Paulsen points out, the benefit of that summer lethargy in value stocks is that the group is now littered with bargains. Cyclical value is now so cheap, it’s pricing in a recession, according to the strategist.

“Compared to the overall stock market, cyclicals are in a position similar to where they were at the start of several past major bull-market runs: the early 1960s, early 1980s, early 1990s, and early 2000s,” Paulsen said in a note.

As noted above, cyclical value stocks often display sensitivity to interest rates, and that was the case in the first half of the this year when RPV roared higher alongside 10-year Treasury yields. That makes sense because the ETF devotes 43.58% of its weight to rate-sensitive financial service stocks.

However — and this is good news — RPV isn’t rate-dependent. For the month ending on Nov. 5, 10-year Treasury yields declined almost 7%, but RPV traded higher over that span.

Paulsen also points out that cyclicals are currently under-owned and that if cyclical sectors continue rallying, those groups’ weights in the S&P 500 will increase, forcing active managers to boost allocations to cyclical fare.

Adding to the near-term case for RPV, Paulsen says that, on a historical basis, when cyclical stocks are as cheap as they are today, that usually begets a period of out-performance.