You are at:Home»ETF Education channel»Why China Looms Ever-Larger in the Solar Market 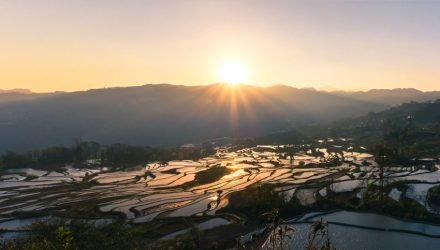 Why China Looms Ever-Larger in the Solar Market

Due in part to current policy ambitions, it’s easy for investors to view the solar investing story through a domestic lens.

However, there’s more geographic diversity when it comes to solar investing than meets the eye. The Invesco Solar ETF (TAN) is a perfect example. As of May 28, TAN allocates almost 22% of its weight to Chinese stocks – its second-largest geographic exposure behind the U.S. – according to Invesco data.

For investors considering the solar exchange traded fund, that China exposure is relevant because 2021 is slated to be a pivotal year in solar deployment and pollution reduction efforts in the world’s second-largest economy.

“It is the first year of the 14th five-year plan, the first calendar year after President Xi Jinping announced the 2030-2060 carbon commitment, and the first year for utility and commercial un-subsidized projects,” notes IHS Markit. “IHS Markit expects the solar industry in China to reach another milestone with more than 60 GW of installations, advancing the ground for the energy transition and displacement of traditional energy sources to fulfill the goal of net carbon future in the next four decades.”

Another Huge Year for Solar?

TAN closed May 37.20% below its 52-week high, indicating the solar ETF succumbed to selling pressure in the wake of the January Georgia senate runoff elections, which gave Democrats a thin majority in that chamber of Congress.

That’s also a sign that some investors continue regarding TAN and solar stocks as a U.S. theme. However, domestic solar names account for less than 45% of the ETF’s roster. China, as just one example, has sizable solar ambitions of its own.

“IHS Markit expects 2021 to be another record-breaking year, with 61GWdc of solar additions, equating to an annual installation growth rate of 26% year-on-year,” said the research firm. “There is a strong pipeline of projects from the unsubsidized PV program announced in 2019-2020 and a further 8 GW of subsidized projects that are being transferred into the pool of unsubsidized projects.”

Investors remain devoted to the TAN thesis. The ETF has hauled in $361.30 million in new assets on a year-to-date basis.