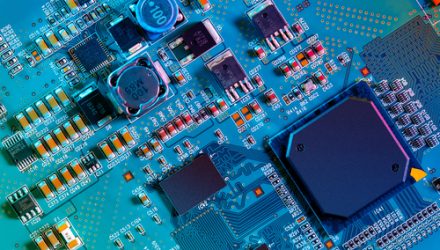 The big news out of the semiconductor space this week is that Warren Buffet’s Berkshire Hathaway took a $4.1 billion position in Taiwan Semiconductor Manufacturing (NYSE:TSM) in the third quarter. Not surprisingly, news of Berkshire’s Taiwan Semiconductor stake stirred upside across the universe of related assets, including exchange traded funds. While they’re neither home to the stock nor dedicated chip ETFs, the Invesco QQQ Trust (QQQ) and the Invesco NASDAQ 100 ETF (QQQM) are credible avenues for gaining semiconductor exposure without the commitment of a single stock or a dedicated fund.

Buffett, who has increasingly warmed to technology stocks over the years, is now the largest shareholder of Taiwan Semiconductor — a company that’s crucial in the global semiconductor ecosystem, as it operates the biggest foundry facility. As is par for the course with Buffett, it’s believed that he’s making a value bet on Taiwan Semiconductor. Analysts concur while noting that there are other value opportunities in the space.

While Taiwan Semiconductor isn’t a member of the Nasdaq-100 Index — the underlying benchmark for QQQ and QQQM — some of the chip stocks Morningstar views as undervalued do reside in the Invesco ETFs. One of those names is data center giant Nvidia (NASDAQ:NVDA).

“We think the data center segment will rise at a 28% CAGR through fiscal 2027. We expect the firm to dominate the training portion of deep learning, but we anticipate more competition in the inference market. Gaming should continue to be a major source of revenue, though we think recent growth rates will be difficult to replicate due to saturation and lengthening replacement cycles of gaming GPUs and greater competition,” added Morningstar analyst Abhinav Davuluri.

Broadcom Inc. (NASDAQ:AVGO), which accounts for almost 2% of the QQQ and QQQM rosters, is another semiconductor name currently trading at discounts relative to historical norms.

“Although we are impressed that Broadcom’s business is firing on all cylinders, led by stellar cloud and enterprise spending, we anticipate a slowdown in growth in 2023 as macroeconomic conditions likely deteriorate and the broader semiconductor market looks poised for a downturn. Additionally, we believe Broadcom’s wireless business will fare better than that of peers, due to its outsize exposure to Apple that we think will better handle smartphone demand headwinds,” concluded Davuluri.