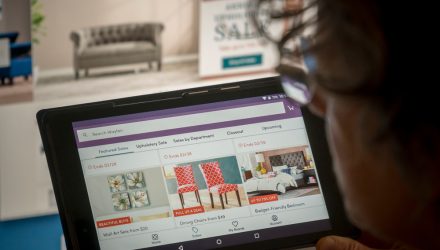 The changes are a long way off, but MSCI and S&P Global recently announced notable alterations to the global industry classification standard (GICS) system. Those changes are likely to result in new looks for various consumer discretionary and staples exchange traded funds.

These include the elimination of the internet and direct marketing retail sub-sector and the merger of general merchandise and department stores into a new group known as broadline retail.

“The demarcation between General Merchandise Stores and Department Stores has diminished as well since both formats are comprised of retail spaces primarily selling consumer discretionary goods,” according to a statement issued by the index providers. “Retailers that are generating a majority of revenue or earnings from consumable staple items such as food, household, and personal care products warrant a consolidation under the Consumer Staples Sector.”

Target and the pair of dollar store operators currently combine for more than 6% of cap-weighted consumer discretionary indexes, indicating that the move to consumer staples is significant. Those stocks likely join a new sub-sector known as consumer staples merchandise retail.

“Retailers offering a wide range of consumer staples merchandise such as food, household, and personal care products,” according to the index providers. “This Sub-Industry includes hypermarkets, supercenters and other consumer staples retailers such as discount retail spaces and online marketplaces selling mostly consumer staples goods.”