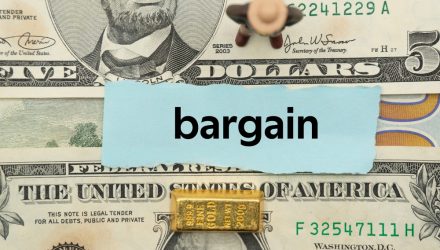 Bargains in This Sector Could Propel QQQ

The Invesco QQQ Trust (QQQ) and the Invesco NASDAQ 100 ETF (QQQM) are typically viewed as tech-heavy exchange traded funds, and that’s accurate, as the ETFs allocate almost half their respective weights to that sector.

However, while the two Invesco ETFs avoid financial services stocks and lack exposure to some other groups, they also feature large allocations to sectors beyond tech. Those include communication services, which accounts for 17.42% of the QQQ and QQQM portfolios.

Both ETFs follow the Nasdaq-100 Index (NDX), meaning that their rosters mirror one another. The primary difference between the two funds is that QQQM is geared toward long-term, buy-and-hold investors, as highlighted by its annual fee of 0.15%, or $15 on a $10,000 investment. That’s below QQQ’s annual expense ratio of 0.20%.

Both QQQ and QQQM have significant exposure to the communication services sector, which is one of this year’s worst-performing groups, but one that’s also home to some deeply discounted fare. Count Google parent Alphabet (NASDAQ:GOOG) and Facebook parent Meta Platforms (NASDAQ:META) among the notable offenders that are also sporting attractive multiples.

“In any case, valuation multiples are now undemanding. Meta shares trade at only 14 times our 2022 earnings estimate. Alphabet trades at 23 times, which we still view as very reasonable, as we also think it is the stronger of the two businesses. Both stocks trade at large discounts to our fair value estimates,” said Morningstar analyst Michael Hodel.

“We have also yet to see the fiber upgrade efforts at the phone companies have much impact, as recent customer additions have been modest. Cable valuation multiples have also retreated to attractive levels. Comcast’s (CMCSA) free cash flow yield now sits at nearly 9%, the highest level in nearly a decade. The firm plans to use cash flow to repurchase shares this year,” added Hodel.

NBC parent Comcast and Meta are two of Morningstar’s top three picks in the communication services sector. The other is Dow component Walt Disney (NYSE:DIS), which isn’t a Nasdaq-100 member firm.