You are at:Home»Expert Insights»ETF Edge: International Investments Under A New Administration 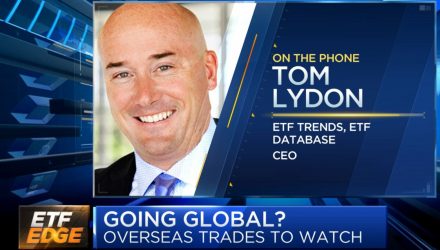 Looking at the new Biden administration and the impact it may have on the ETF business, Lydon states how the progress scene in 2020 is looking to continue. That includes the big wave of mutual funds transitioning into ETF wrappers.

Lydon continues, “Most recently, there’s been an interest in standardization in ESG research.” Similar things could work in favor of moving cryptocurrency further along in an ETF form.

There was also a large interest in IPOs last year, as it was up over 100%. So, with that large hunger out there among ETF investors, so IPOs and pre-IPOs in the form of SPACs have led to the new Morgan Creek-Exos SPAC Originated ETF (SPXZ). In that scenario, with a concern for transparency, this is the sort of fund to help.

The conversation shifts to international stocks, based on the context of this new administration. Lake explains how there should be less trade uncertainty under Biden’s administration, which should have a stabilizing effect. Additionally, valuations are very attractive.

Lake also points out how one of the concerns is how the major benchmarks on the international side are heavy banks and heavy energy, where the domestic side is more focused on clean energy, semiconductors, and luxury goods, which will lead to differentiation. However, Lake notes the JPMorgan International Growth ETF (JIG), which has 50-70 names with actively managed portfolios, who have been in the industry for decades. Plus, the fund has a 14% weight in China, which helps in leadership participation on the international side.

Moving to Schwartz, he focuses on how internal funds are continuing to outperform the S&P, noting the good feelings that come from the leadership changes. There are things such as movement in cyclicals, which is good for internationals, and some strategic plays as far as the overperforming tech giants.

For WisdomTree specifically, there’s an emphasis on removing currency as an effect to get to a pureplay on the stock prices. Several hedged ETFs help with this. As Schwartz explains, investors are actually paid to hedge because of various factors such as negative rates in the developing world.

Schwartz continues, “There’s no expected return for currency. It’s more of expected risk. If you think there’s a big, weak dollar move, that’s a reason not to have it. That said, hedging lets you get to a baseline of neutral. For EM, the cost is higher, but for the developed world, it’s a better-than-free option.”