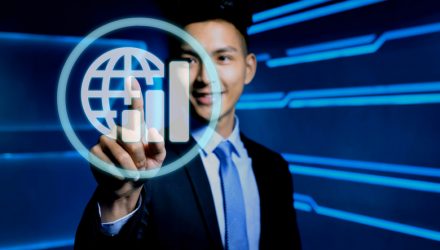 The growing influence of the rising consumer base in the emerging markets and their preference for online shopping via the smartphone provide a unique opportunity for investors to gain targeted exposure to the rapidly expanding e-commerce segment through a targeted exchange traded fund strategy.

Specifically, the emerging markets have exhibited diversification benefits when coupled with developed market exposure, with developing market stocks having shown correlation to the S&P 500 that is less than 1.0. The emerging markets also make up 85% of the global population and 50% of global GDP, so it is in the best interest of investors to look beyond the U.S. segment and consider the bigger picture. Lastly, the favorable demographics, especially with a larger younger generation, will also help support growth ahead.

“By 2025, the consuming class will swell to 4.2 billion people,” Carter said. “Consumption in emerging markets will account for $30 trillion – nearly half of the global total.”

Major emerging market benchmarks also skew towards borderline-developed markets, such as South Korea and Taiwan, and exposure to legacy industries, which may limit growth opportunities.