You are at:Home»ETF Building Blocks Channel»Will the Biotech Space Consolidate in the Back Half of the Year? 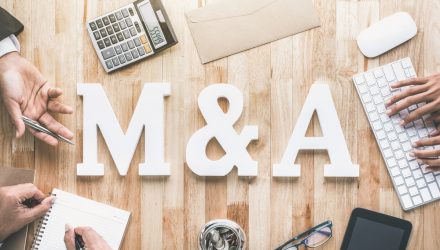 Will the Biotech Space Consolidate in the Back Half of the Year?

Industry analysts continue to posit that biotechnology consolidation is poised to accelerate through year-end – a scenario that could propel the ALPS Medical Breakthroughs ETF (SBIO) further forward.

While there’s frequent chatter about biotechnology mergers and acquisitions, particularly because large- and mega-cap pharmaceuticals companies are flush with cash, have to contend with patent cliffs, and are often looking to bolster pipelines, SBIO makes for one of the ideal exchange traded funds with which to tap an uptick in M&A activity. The fund’s components have market values of $200 million to $5 billion when added to the lineup. Even at the high end of that range, that’s prime hunting ground for suitors.

“With big pharma and biotech flush w/ cash may go after targets now that prices appear to have settled (>$500B of cash in the Russell 3000 HC cos now),” said Jefferies analyst Michael Yee in a note out last week.

As Yee notes, buyers often return to deal-making following downturns in the biotechnology space. Boosted by coronavirus vaccine efforts, many biotech stocks surged last year, but the wind came out of that trade in the first half of the year.

As of July 12, SBIO is off 4.16% year-to-date. Yet with some of its holdings sporting larger losses but still attractive drugs and therapies in clinical trials, buyers could come calling in the second half of the year. Additionally, SBIO has a history of member firms being acquired. The fund is six and a half years old and over that time, few biotech ETFs can rival the ALPS funds when it comes to holdings being the subjects of buyout rumors or becoming actual takeover targets.

“Our analysis of biotech M&A suggests Big Pharma tends to acquire during upswings, and certainly after significant pullbacks,” said Yee.

The Jefferies analyst offered a list of 21 biotech companies he views as credible takeover candidates. TG Therapeutics (NASDAQ: TGTX), SBIO’s largest holding, is on that list. So is Iovance Biotherapeutics (NASDAQ: IOVA), another top 10 component in the fund.