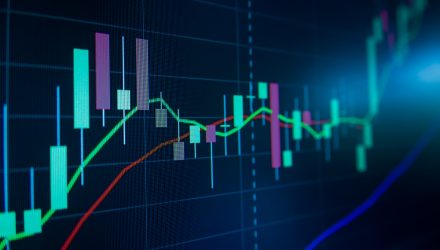 Midstream master limited partnerships (MLPs), including those residing in the the ALPS Alerian MLP ETF (NYSEArca: AMLP), are participating in this energy sector rally. In fact, AMLP and midstream names are among the leaders.

The ETF performed admirably in the first quarter, and plenty of its constituents delivered solid results for the first three months of the year, despite some challenges.

“Though some companies faced headwinds due to the weather, these seemed to be fairly muted and offset to some extent by an overall improving macro backdrop,” writes Alerian Director of Research Stacey Morris. “Combining widespread beats with a stronger macro backdrop, management teams largely struck an optimistic tone on the future. In many cases, guidance increases were not just a function of the one-time storm benefits but also reflected an improving outlook for base businesses as well. Today’s note looks at a few key takeaways from midstream earnings season.” 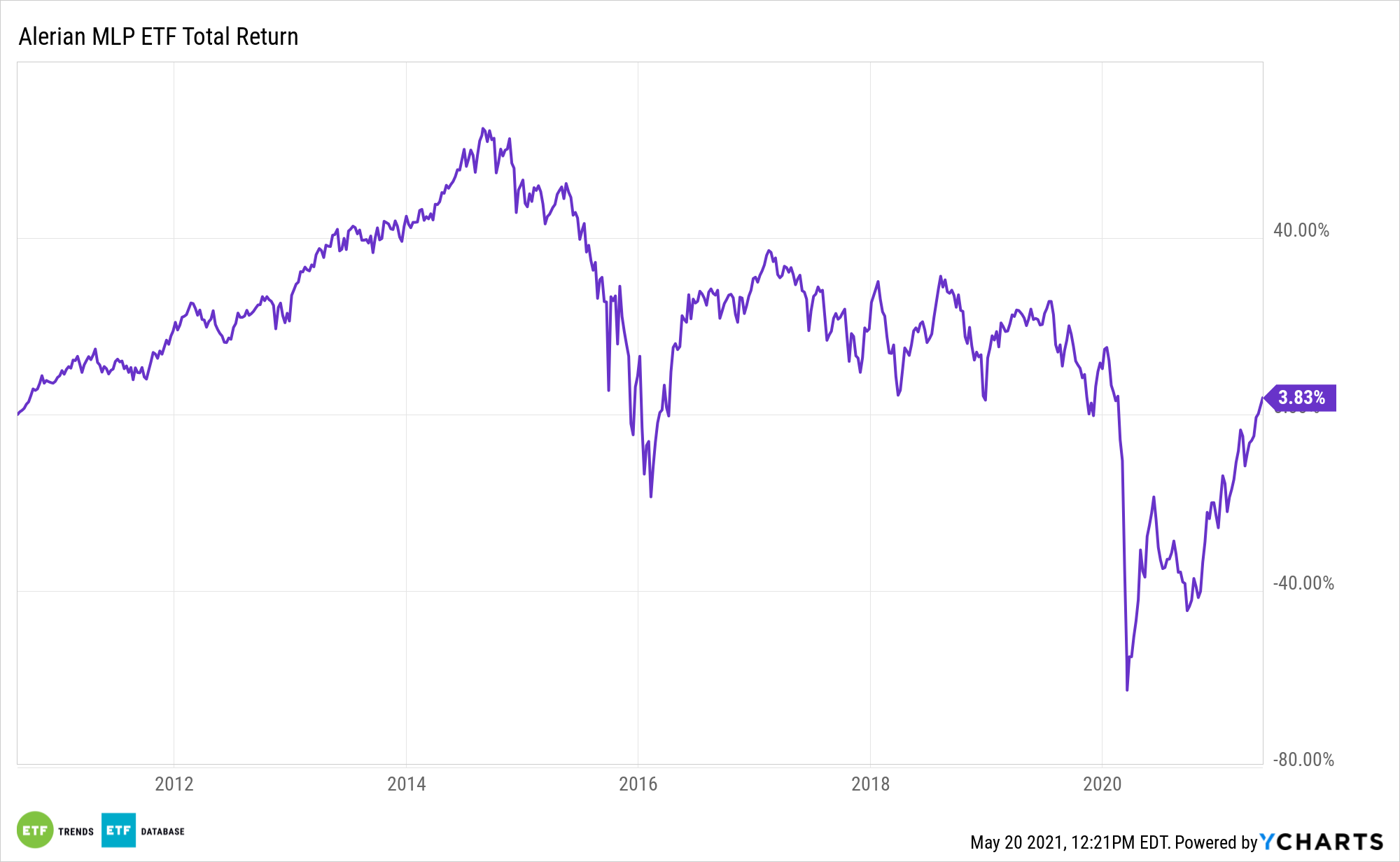 Important to AMLP’s near-term fortunes is that some of the fund’s biggest names delivered solid first quarter results.

“Enterprise Products Partners (EPD), ONEOK (OKE), Targa Resources (TRGP) and Williams Companies (WMB) are among the companies that provided impressive beats due in part to weather-related benefits. Energy Transfer’s (ET) results announced on May 6 put an exclamation mark on midstream earnings season, as the company decimated estimates for the quarter and reported a $2.4 billion benefit from the storm for full-year 2021,” according to Morris.

Energy Transfer and Enterprise Products are AMLP’s largest and sixth-largest holdings, respectively, combining for over 21% of the fund’s roster. Energy Transfer boosted its 2021 earnings before interest, taxes, depreciation, and amortization (EBITDA) forecast by $100 million.

Another catalyst for investors to watch is buybacks among AMLP components, including Magellan Midstream Partners (MMP) and Plains All American (PAA).

“PAA reiterated plans to allocate up to 25% of 2021 free cash flow (FCF) in excess of distributions to buybacks. Similarly, MMP indicated that 2021 FCF after distributions, including $270 million in recent asset sale proceeds, could be opportunistically used for buybacks,” added Morris.

Those two stocks combine for almost 20.50% of AMLP’s portfolio. 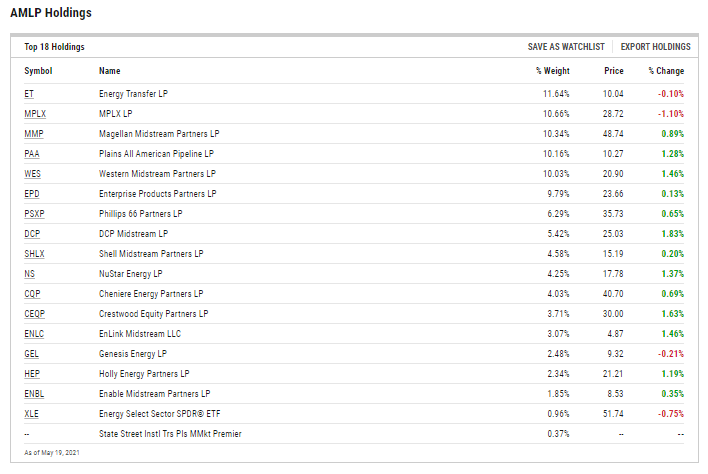