You are at:Home»ETF Building Blocks Channel»Wear Shades Because the Future Is Bright for This ETF 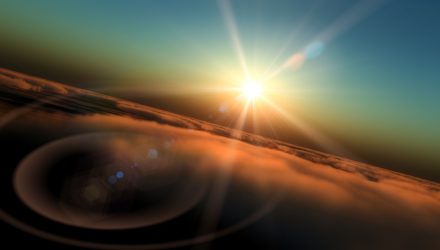 Wear Shades Because the Future Is Bright for This ETF

The near-term outlook for renewable assets and ETFs, including the ALPS Clean Energy ETF (ACES), is compelling. Fortunately, there are positive long-term implications associated with this burgeoning asset class.

Data confirm that epic growth is ahead for the solar and wind industries, two of the largest weights in ACES.

“As of now, around 650 gigawatts of solar and 644 gigawatts of wind have been commissioned worldwide, accounting for around 8% of global electricity generation and covering around 52,000 square kilometers,” according to Bloomberg Green. “Onshore wind and solar will supply 48% of global electricity by 2050, according to BNEF’s New Energy Outlook 2019 scenario, which will require an eight- to nine-fold increase in land use, to more than 423,000 square kilometers.”

Seismic shifts in consumption are altering the energy landscape and while there will always be a place for fossil fuels, renewables offer the superior growth trajectory.

“Coal and natural gas have been fighting for the top spot in the U.S. generation market for the last 20 years,” wrote Charles Fishman in Morningstar. “In 2016, gas generation topped coal for the first time. Gas is the new king, with a 35% market share. Now the battlefield is shifting, and in the next decade we expect natural gas and renewable energy, particularly solar and wind, to slug it out.”

“To keep emissions in line with the 2 degrees Celsius warming limit prescribed by the Paris climate agreement, the power sector would have to deploy around 26,000 terawatt-hours of wind and solar generation by 2050, which would cover a land area the size of Turkey,” according to Bloomberg Green.