You are at:Home»ETF Building Blocks Channel»Turn Healthcare Breakthroughs into ETF Gains with This Fund 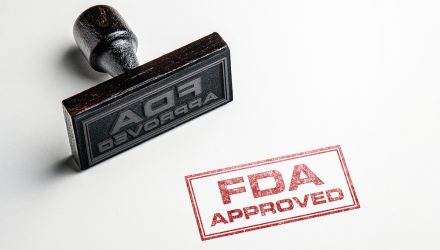 Turn Healthcare Breakthroughs into ETF Gains with This Fund

Biotechnology has long been fertile territory for disruptive growth and innovation in the healthcare sector.  The ALPS Medical Breakthroughs ETF (SBIO) is one of the premier exchange traded funds to tap into that theme.

SBIO follows the S-Network Medical Breakthroughs Index (PMBI), which offers multiple benefits. First, members of that benchmark must have one or more drugs in Phase II and Phase III U.S. FDA trials.

“This strategy reduces the likelihood of early-stage failures in pre-clinical or Phase I trials, while still leaving potential for stock price growth once the drug is officially approved,” writes Alerian analyst Roxanna Islam.

Second, SBIO holdings have market values ranging from $200 million to $5 billion at the time the fund re-balances. Biotechnology companies in that market cap spectrum have propensities for epic rallies on favorable Food & Drug Administration (FDA) news.

Another plus of that market value range is that SBIO’s roster is often chock-full of takeover targets. The fund’s history lives up to that billing as more than a dozen of its components have been acquired since the ETF debuted in late 2014.

“In the most recent example, MorphoSys AG (MOR) recently announced the acquisition of biotechnology firm, Constellation Pharmaceuticals (CNST) at an approximately 70% premium to its previous closing price,” adds Islam.

Constellation was a member of SBIO’s underlying index at the time that deal was announced. Several other current holdings in the fund are rumored takeover targets – a notable trait when considering biotechnology mergers and acquisitions are expected to heat up in the second half of this year.

Another perk with SBIO and its index is novel drug exposure. A base definition of novel drugs is a drug where the primary ingredient isn’t yet approved for use in the U.S. that serves “previously unmet medical needs or otherwise significantly help to advance patient treatments,” according to the FDA. Regulators are picking up the pace of these novel drug approvals.

“In 2020, the FDA’s Center of Drug Evaluation and Research (CDER) approved 53 novel drugs—above the average rate of 40 novel drugs per year since 2011-2019. So far novel drug approvals in 2021 are about in line with last year with 26 drugs approved year-to-date as of June 7,” concludes Alerian’s Islam.