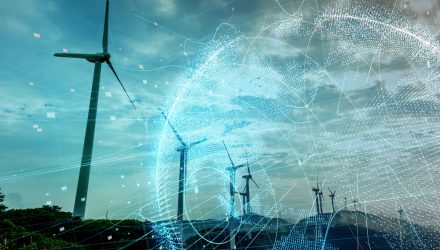 ACES gained 11.67% in March, outpacing the WilderHill Clean Energy Index (ECO) as clean energy stocks continue to rise amid global tensions between Russia and Ukraine shining a light on the need for less reliance on fossil fuels.

Favorable legislation has provided the clean energy industry with additional tailwinds; the Biden administration invoked The Defense Production Act with $750 million to boost U.S. production of materials needed for EVs and EV infrastructure. The U.K. government also announced an expansion of EV charging points from 30,000 to 300,000 by 2030 in a clean energy plan worth over 1.5 billion euros, according to ALPS.

Looking under the hood, a handful of holdings in ACES made notable progress in March toward continued growth and enhanced long-term shareholder value.

The best-performing segment of ACES last month was electric vehicles (EV), with five names gaining over 20%.

Workhorse Group Inc. (WKHS; 0.55% weight as of April), an EV name, was the top performer in ACES, up 59.74% at the end of March, after reporting strong earnings to start the month, including updated guidance higher than estimates, according to ALPS.

ChargePoint Holdings Inc. (CHPT; 3.80% weight as of April) was the second-highest performer in the EV segment, up 36.91% over a one-month period, gaining on the positive legislation in the space.

Hydro/geothermal was the second best-performing segment, with Ormat Technologies Inc. (ORA; 3.02% weight as of April) gaining 14.87% on positive management comments for U.S. geothermal growth, according to ALPS.

The bioenergy segment was the laggard, although still up 6.18% on the month. Within the bioenergy segment, Ameresco Inc. (AMRC; 1.97% weight as of April) climbed 23.74% after securing a credit facility increase and receiving several analyst price target upgrades, according to ALPS.