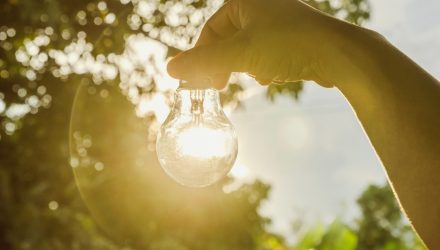 The ALPS Clean Energy ETF (ACES) and other renewable energy ETFs are setting blistering paces this year. Fortunately, that bullishness is rooted in favorable funds, including a slew of impressive data points pertaining to the solar industry.

That’s meaningful for ACES because while it’s a diversified play on renewable energy, the fund allocates a hefty portion of its portfolio to wind and solar companies.

“The PV inverter market achieved record shipments, growing by 19% to 126 GW in 2019 driven by booming shipments in key markets such as the United States, Spain, Latin America, Ukraine, and Vietnam. PV inverter revenue also increased rapidly, surpassing $9.1 billion in 2019 for the first time,” according to IHS Markit.

As oil prices remain in constant flux following its first-quarter plunge, energy investors might be looking towards alternative energy options, which could put solar energy into the forefront. The residential market is also contributing in a big way to solar adoption and ACES’ potential upside.

“The residential PV inverter market was the fastest-growing system type, increasing over 50% in 2019. Solar inverter suppliers who offered single-phase and three-phase <10kW inverters in their portfolio in 2019 were able to take advantage of this market opportunity,” said IHS Markit. “Leading module level power electronic (MLPE) suppliers such as SolarEdge and Enphase as well as single-phase suppliers such as SMA, Growatt, and Ginlong increased shipments to this segment. Key residential markets such as China, United States, Netherlands, Japan, and Australia were instrumental in aiding the growth of global residential installations. PV inverter suppliers continued to innovate in this segment with aesthetically designed products built to be lighter, smaller, more power dense, and with new safety features.”