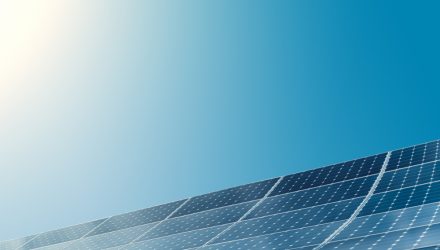 One of the primary issues purveyors of disruptive technologies encounter is costs. The main hurdle is getting costs to a point where the technology is accessible to a broader audience, allowing scale and volume to kick in.

When it comes to driving costs down to increase adoption, solar is one industry that has its game together. That could provide long-term benefits to investors considering exchange traded funds like the ALPS Clean Energy ETF (ACES). 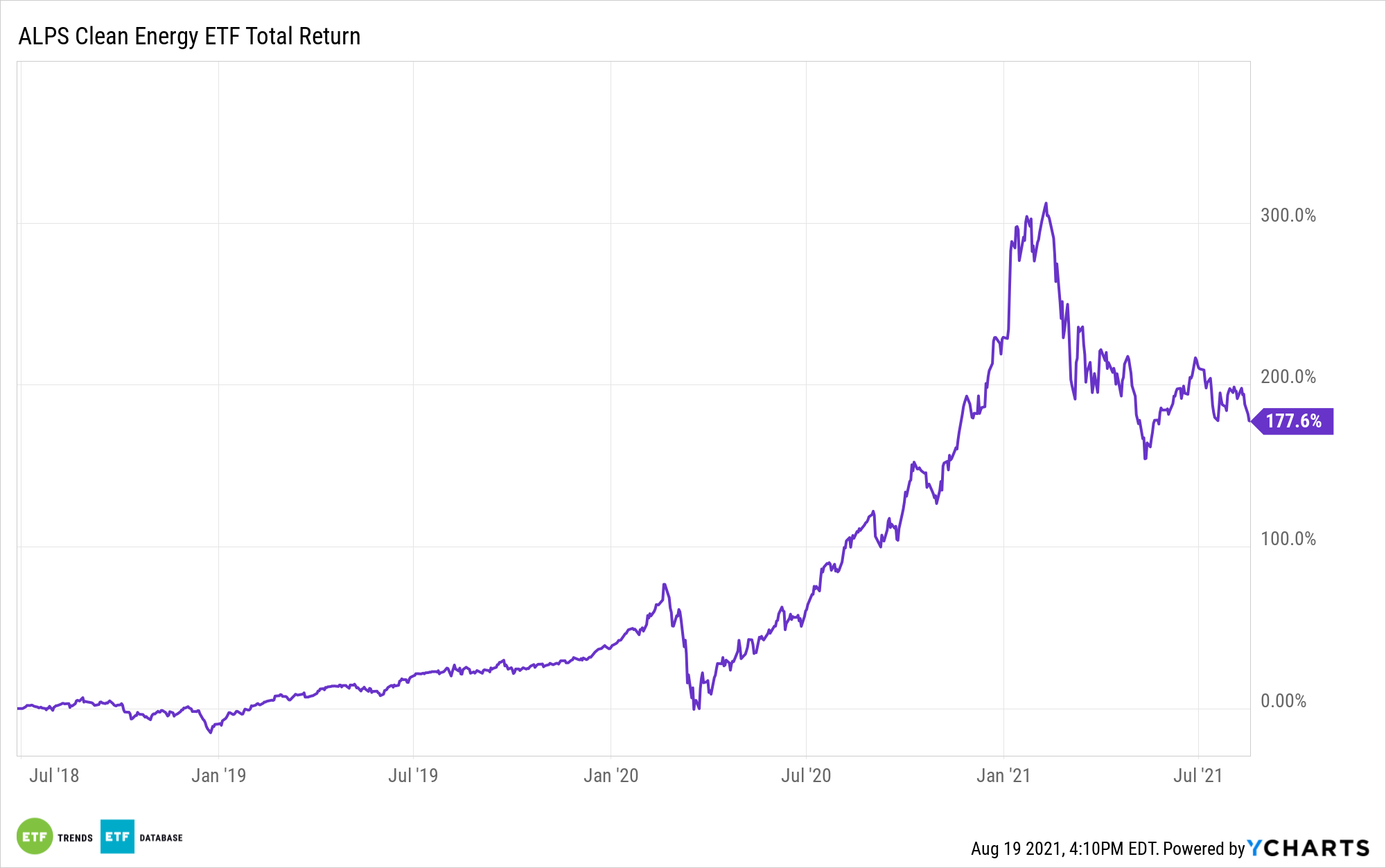 ACES isn’t a dedicated solar ETF, but solar is the largest of the eight industry exposures represented in the fund by a margin of roughly 450 basis points over second-place wind. In other words, ACES is a solid idea for investors mulling solar exposure without wanting to commit to a dedicated ETF.

There’s long-term allure with ACES because in order to meet the ambitious renewable energy goals set forth by the globe, solar costs need to continue declining.

“The total cost of a solar system depends on variables including size, whether it’s purchased outright or leased and power prices in the specific location. Solar’s levelized cost of energy, which allows it to be compared to other forms of power generation, has fallen more than 70% over the last decade. But costs will need to continue to decline to meet these growth goals,” reports Pippa Stevens for CNBC.

Indeed, the runway for solar growth is lucrative. Today, solar accounts for just 3% of power generation in the U.S., but President Biden wants to boost that percentage to 40% by 2035, wagering that with government assistance, solar will eventually be one of the dominant energy supplies in the U.S.

For solar companies, the goal is finding ways to make it more economical for residential customers to get on board because costs on that front remain off-putting for many middle-income consumers. Likewise, while corporate adoption has been decent, it could improve with lower costs.

“The Department of Energy’s goal is for the levelized cost of energy for a solar residential system to reach 5 cents per kilowatt hour by 2030, down from 50 cents in 2010. Commercial costs need to fall from 39 cents in 2010 to 4 cents by 2030, while utility-scale solar needs to decrease from 27 cents last decade to 2 cents by 2030,” according to CNBC.