You are at:Home»ETF Building Blocks Channel»Smaller Biotech Stocks Ready to Perk Up 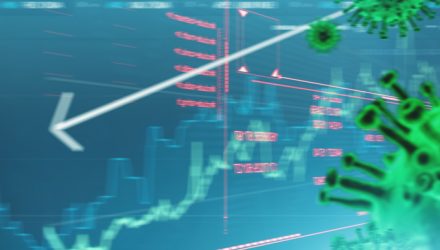 If there’s an asset class that’s looking forward to 2022, it’s small- and mid-cap (SMID) biotechnology stocks because that group dealt with a variety of headwinds this year.

However, there are more reasons for investors to monitor exchange traded funds, such as the ALPS Medical Breakthroughs ETF (SBIO), beyond “things can’t get much worse” sentiment. One of the biggest challenges for SMID biotechnology stocks this year has been regulatory uncertainty, namely at the Food & Drug Administration (FDA).

Good news: Some analysts see clarity emerging on that front, and that could be one reason that 2022 brings better things for SBIO.

“On November 12, 2021, President Biden nominated Robert Califf, who had previously served as FDA commissioner briefly during the Obama administration, to head up the FDA. Given Califf’s past experience as FDA commissioner along with experience in both medicine and the pharmaceutical industry, he represents someone familiar to the industry—providing investors with a known variable,” says Alerian analyst Roxanna Islam.

More clarity and efficiency at the FDA is vital to the SBIO thesis because the ALPS ETF only holds shares of companies with at least one drug or therapy in Phase II or Phase III clinical trials.

Another regulatory issue could be ebbing, specifically, the Federal Trade Commission’s (FTC) scrutiny of biotechnology/pharmaceutical deals. In fact, deal-making has recently been brisk in the SMID biotechnology space.

Loosening the reins of SMID biotechnology/large-cap pharmaceuticals marriages is vital to the SBIO thesis because the ETF is home to a slew of potential takeover targets, and the fund has a documented history of seeing member firms acquired.

Overall, things are finally starting to look up for SBIO with 2022 right around the corner.

“As the aforementioned November developments suggest some relief from this year’s largest headwinds, small and mid-capitalization biotechnology companies could benefit from a recovery considering their higher growth potential in a stabilized market, in addition to benefiting from easier comps in 2021 relative than their larger cap counterparts,” concludes Islam.