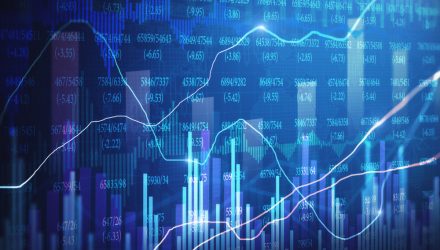 Size Up Smart Grid Investing With This Diverse ETF

For investors, smart grid technology is a growth arena, but a nuanced one. The ALPS Disruptive Technologies ETF (CBOE: DTEC) offers exposure to smart grid investments while featuring a broad lineup with nine other disruptive technological themes.

The nation’s ambitious “Smart Grid” program is in its incipient stages but the potential windfall for technology giants, along with technology ETFs, could be great.

“As the disasters caused by rapidly incremental climate change have plagued the news headlines of late, investment in the smart grid industry in the United States has also registered a cumulative upsurge. In 2017, the U.S. smart grid market was valued at $3 billion,” according to Algos Online. “Recently the Massachusetts Department of Public Utilities issued approval for a significant upgrade in the state’s electric grid. The order authorized utility companies of the state to invest $220 million in the modernization of the existent grid. The improvement project, which is expected to improve reliability and efficiency, will require 3 years for the upgrade. Agencies with environmental interest such as Energy and Environmental Affairs of the U.S. have acclaimed the order to be a recognition to the role advanced meters and smart grids play to reduce costs, increase energy efficiency and maximize clean energy generation.”

As billions go into updating and fixing the nation’s aging infrastructure, investors now have the opportunity to capitalize on the ambitious “smart grid” revolution with DTEC.

“The grid modernization investments will automate the process for improved visibility of mechanical equipment, creation of a self-healing grid and automated command and control,” notes Algos. “These improvements will help reduce power outages and improve the process of storm restoration, as well as enhance the utility companies’ ability to integrate distributed energy resources onto the electric grid. The success of the modernization is expected to encourage such investments in other states as well thus contributing to the expansion of the smart grid market in the United States.”