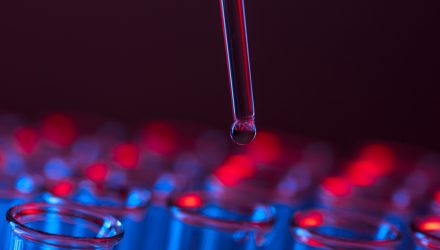 A surge in biotech stocks that began in mid-June is lasting longer than skeptics expected, with no signs of slowing down.

The ALPS Medical Breakthroughs ETF (SBIO) gained 7.74% in June as positive drug trial data and M&A activity in the biotech space outweighed investors’ broad market recession fears. The fund has increased 28.95% since the beginning of the biotech rally on June 13, according to YCharts.

Biotechs were some of the hardest-hit stocks in the first half of the year. The weakness in the biotech sector reversed on June 13 when it was reported that Merck & Co. Inc. (MRK) was looking to buy one of the oldest immunotherapy companies in the sector, Seagen Inc. (SGEN), resulting in investors bidding up the space. 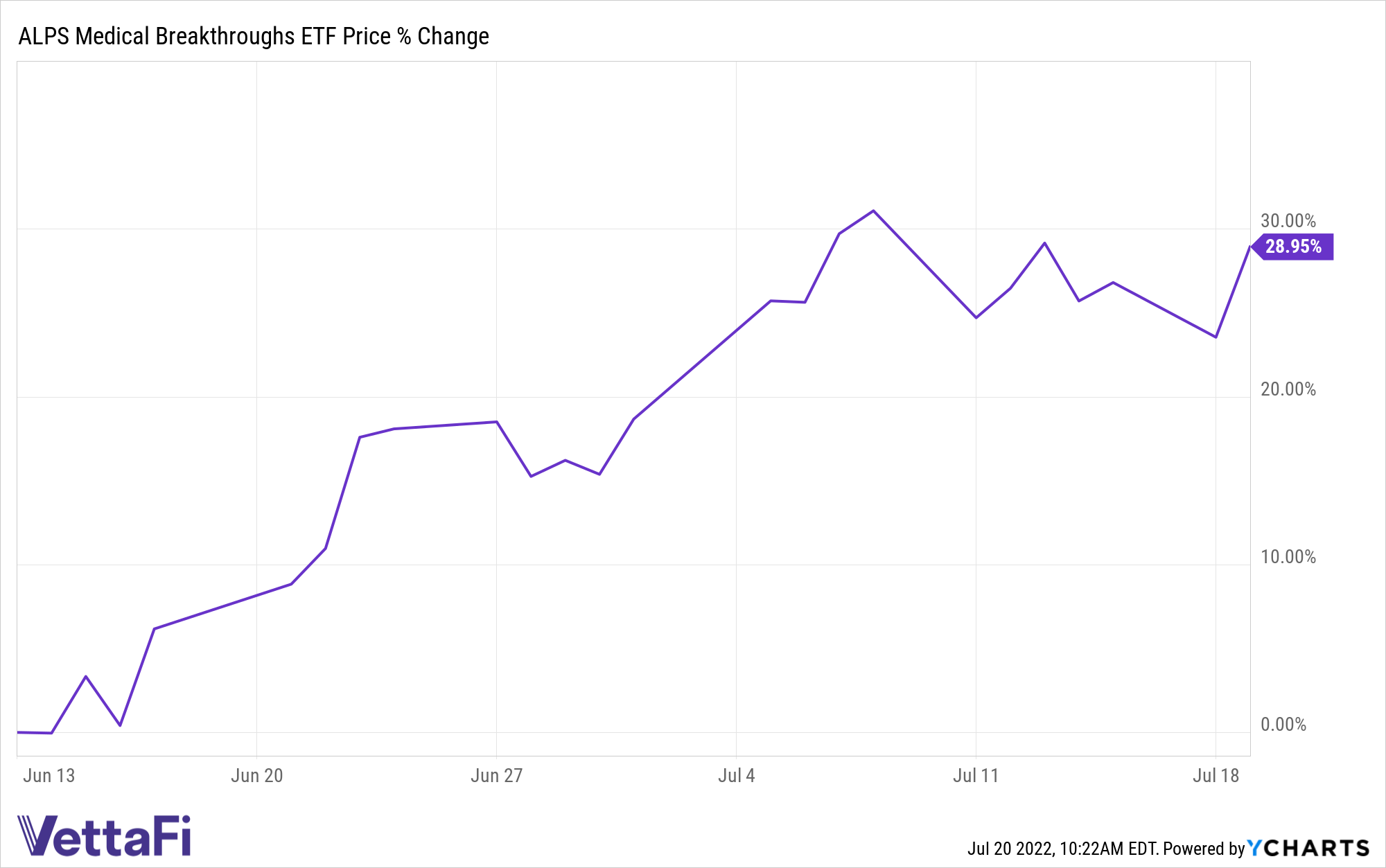 SBIO screens for small- to mid-cap biotech companies with at least one drug or therapy in Phase II or Phase III (late-stage) clinical trials. According to a recent insight from ALPS, late stage drug trials can potentially capture greater odds of success, as they are further along the Food & Drug Administration’s drug trial process.

Constituents in SBIO must have at least 24 months of cash burn on hand, which helps protect against the equity dilution that comes with raising capital to support drug trials, according to ALPS. SBIO’s underlying index, the S-Network Medical Breakthroughs Index (PMBI), has a weighted average cash burn of 38 months that continues to exceed peer biotechnology indexes and is a distinguishing defensive characteristic for the fund.

SBIO’s cancer segment was the best performer in June. Within the segment, Day One Biopharmaceuticals Inc. (DAWN, 0.68% weight as of June 30) was the top performer, and Iovance Biotherapeutics Inc. (IOVA, 1.07% weight as of June 30) gained 63.56% on news of insider purchases, indicating confidence in the future of the novel immunotherapy company, ALPS wrote.

PTC Therapeutics Inc. (PTCT, 1.76% weight as of June 30), a rare & orphan disease company, gained 36% last month after topline data for its treatment for Duchenne muscular dystrophy (which causes muscle deterioration and weakness) showed a significant benefit, according to ALPS.

Altimmune Inc. (ALT, 0.31% weight as of June 30) soared 131.23% in June after positive sentiment surrounding its presentations at healthcare conferences boosted the immunotherapy company, which focuses on respiratory and viral infections and cancer, ALPS wrote.