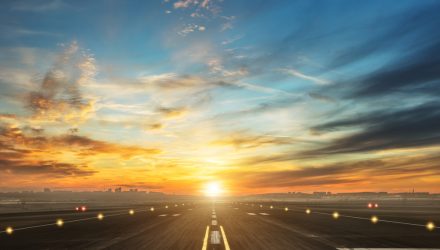 With supplies of energy commodities constrained, prices for those products soaring, and energy ranking as the best-performing sector in the S&P 500 this year, it might be easy to look past once-beloved renewable energy equities and exchange traded funds.

Smart investors won’t make that mistake, however, because some experts believe that the 2021 malaise endured by funds such as the ALPS Clean Energy ETF (ACES) is a buying opportunity. Going forward, ACES’ relevance should increase because energy consumption and production isn’t an all-or-nothing proposition. Governments need to balance the need to boost renewables output while delicately reducing dependence on fossil fuels.

“Importantly, we expect technological innovation to increase the scalability and reduce the cost of renewable energy sources over time. As alternative energy sources become more affordable, we expect demand for traditional energy to wane considerably, though not disappear,” according to BlackRock research.

ACES provides investors with exposure to a variety of clean energy concepts, including wind, solar, electric vehicles, and energy storage, among others. However, investors shouldn’t rush to think that the fund’s performance is solely dependent on downside for fossil fuels equities.

“Performance in 2021, however, has reversed with renewables underperforming traditional energy. Does this mean that the Paris-aligned scenario has already been priced into the market? We note that performance of traditional vs. renewable energy can be influenced by multiple drivers: the macroeconomic backdrop, policy, technological innovation, and valuations all play a role,” adds BlackRock.

Renewables’ share of the global energy market is increasing. Important to investors is the fact that renewables still represent a small percentage of overall global energy consumption, implying ample room for growth. In addition, significant investments are required to drive that growth.

“However, the path to decarbonization is not necessarily linear. Some transitions will require significant upfront investment that would be associated with higher emissions in the near-term – think of building new turbines as an example here,” notes BlackRock.