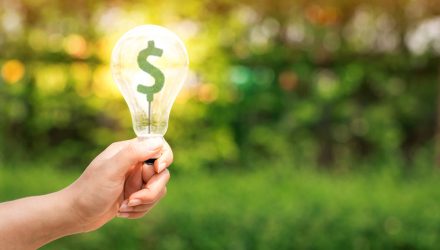 That could be a sign that the long-term thesis for ETFs such as the ALPS Clean Energy ETF (ACES) remains intact. ACES, which tracks the CIBC Atlas Clean Energy Index, offers investors a broad-based approach that could benefit from elevated, long-term clean energy spending.

“New capacity for generating electricity from solar, wind and other renewables increased to a record level worldwide in 2021 and will grow further this year as governments increasingly seek to take advantage of renewables’ energy security and climate benefits,” according to a recent report by the International Energy Agency (IEA).

IEA noted that solar and wind, not surprisingly, will lead new installations of renewable power this year. That’s relevant to investors considering ACES because the ETF allocates almost 24% of its weight to solar equities and 20.43% to stocks in the wind industry.

“Solar PV is on course to account for 60% of global renewable power growth in 2022, followed by wind and hydropower,” added IEA.

Hydrogen/geothermal stocks represent almost 9% of the ACES portfolio. ACES’ depth is important because it presents investors with an avenue to capitalize on 2022’s surprisingly robust renewable energy spending, which is occurring against the backdrop of interest tightening and high inflation in the U.S.

While domestic equities account for almost 79% of ACES’ roster, many of these companies aren’t exclusively focused on the U.S. That positions the ETF to capitalize on accelerating clean energy spending in international markets. Owing to Russia’s invasion of Ukraine, the European Union (EU) is a prime example of a region with plenty of motivation to boost exposure to renewables, and that increased exposure requires more spending.

“In the European Union, annual additions jumped by almost 30% to 36 gigawatts in 2021, finally exceeding the bloc’s previous record of 35 gigawatts set a decade ago,” concluded IEA. “The additional renewables capacity commissioned for 2022 and 2023 has the potential to significantly reduce the European Union’s dependence on Russian gas in the power sector. However, the actual contribution will depend on the success of parallel energy efficiency measures to keep the region’s energy demand in check.”