You are at:Home»ETF Building Blocks Channel»Real Economic Competition Is Coming to the Clean Energy Space 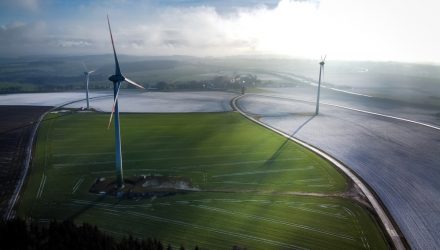 Real Economic Competition Is Coming to the Clean Energy Space

Among the marquee longer-ranging issues for renewable energy assets like the ALPS Clean Energy ETF (ACES) are declining costs and economic competitiveness.

The first box is being checked, leading to increasing adoption. The second appears poised to get its own check mark, and that could be significant for patient investors.

“Prices for wind and solar have collapsed in the past three years, meaning that by the end of the decade, 90% will be economically competitive with fossil fuels, according to a report by U.K.-based think tank Carbontracker,” reports Leslie Norton for Barron’s. “Already, some 60% of global solar resources and 15% of wind are competitive. By 2030, that will be all of solar and more than half of wind, the report says.”

Integral for ACES’s solar and wind holdings is that those companies may not face significantly higher costs on the road to scalability.

“According to the study, existing technology can capture at least 6,700 Petawatt hours (PWh) a year from solar and wind, which is more than 100 times global energy demand. (A PWh is 1,000 times as much electricity as a Terawatt hour, which is how most people measure electricity demand. For example, total global energy consumption in 2019 was 65 Pwh.),” reports Barron’s.

Of course, politics – domestic and international – will remain central to the renewable energy investment thesis.

“The point is that for the 80% of us that live in countries that import, the political economy will over time shift in favor of deploying domestic renewable resources, because they’re local, clean and create jobs. That’s what you see in Biden’s new infrastructure plan. But just imagine, that’s what people are going to do all over the world,” said Kingsmill Bond, one of the report’s authors, in an interview with Barron’s.