You are at:Home»ETF Building Blocks Channel»How to Play it Safe in Emerging Markets with Elections on the Horizon 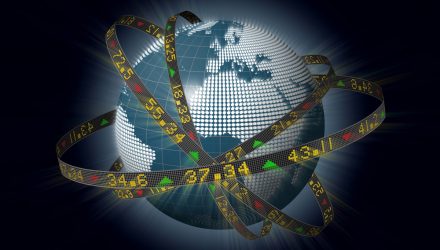 The results of the upcoming presidential election carry implications for assets beyond domestic fare, including emerging markets equities. The ALPS Emerging Sector Dogs ETF (NYSEArca: EDOG) is an idea for investors looking to access developing economies while potentially reducing some Election Day Volatility.

“Under either a Trump or Biden administration, we expect that there will continue to be a significant amount of friction between the United States and China,” according to Morningstar. “Threats of a trade war or additional tariffs would be amplified under Trump, who has taken a publicly antagonistic stance toward negotiations.”

Certain electoral outcomes could be of benefit to EDOG investors.

“We anticipate that the Biden administration would take a traditional, diplomatic approach to negotiating with China; yet even so, underneath the publicly made statements, we expect tensions between the two countries to continue as China looks to expand its global influence,” notes Morningstar. “For example, we may not see existing trade tariffs lifted immediately, but those tariffs may be used as a bargaining chip for negotiating with China.”

Emerging markets investors are once again back as world economies begin the recovery process from Covid-19, but they’re not simply throwing darts at a board. EM investors are exercising more due diligence and thus, are more picky with their investments.

A victory by former Vice President Joe Biden on Election Day could lift emerging markets assets because it’s expected his tone toward China – the largest developing economy – will be far less bellicose than President Trump’s has been.