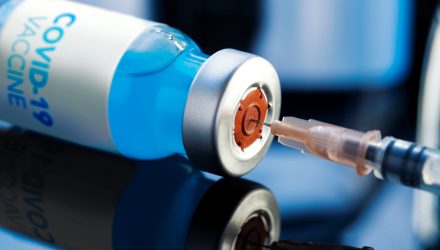 Pfizer’s CEO, Albert Bourla, believes that the vaccine currently in use for the COVID pandemic should still work with the new Omicron variant, but that it might have less protection. Bourla went on to add that the company would be able to produce a new vaccine within 100 days should it prove necessary, and that it has already begun work on one as a precaution, reports CNN.

“That’s a very important message I want everybody to hear right now,” said Dr. France Collins, director of the National Institutes for Health on CNN’s Newsroom Monday. “The boosters do in fact allow your immune system to have a wide range of capabilities against spike proteins it hasn’t even seen before. So, if you needed one more reason, if you’re eligible to get that booster right away, this would be it.”

Thanks to transparent and rapid reporting by South African doctors, the Omicron variant is already a common household name as the public’s Greek lexicon continues to grow with COVID variants. While President Biden announced in a press release that the U.S. would not be restricting travel from any further countries and as of now there weren’t any plans for lockdowns, parts of the U.S. are already bracing for the variant.

New York City officials are anticipating positive cases within days, and many cities have enacted indoor masked mandates for everyone, regardless of vaccination status.

For now, Pfizer has already made the DNA template for a new vaccine based on Omicron, the first step in creating a new vaccine. Bourla said that it had already done this process twice already, for the Beta and Delta variants, but those vaccines were never needed. “We will build one at risk right now for Omicron that will be used only in case we need it, if we see that the current one doesn’t work,” Bourla said.

For investors looking for exposure to up-and-coming companies within the biotechnology field, a field that enables breakthroughs in treatments with a variety of applications, the ALPS Medical Breakthroughs ETF (SBIO) offers just that. Companies within the fund currently have drugs being evaluated by the United States Drug Administration and could provide some of the next big medical breakthroughs for the fields they are working in.

SBIO seeks to track the S-Network Medical Breakthroughs Index, which is made up of small- and mid-cap biotechnology companies that have at least one drug in Phase II or Phase III of the USDA’s clinical trials. Phase II trials involve 100–300 people to ensure that the drug is effective and safe, and then Phase II includes larger test populations of 500–3000 people to look for side effects, confirm effectiveness, and compare results to currently used treatments.

Securities within the index must have a market cap between $200 million and $5 billion with an average daily trading volume of at least $1 million over a 90-day period. The index utilizes a modified cap weighting methodology in which securities are weighted according to their total market value of outstanding shares, not adjusted for float (the number of shares available to trade). The index is capped at 4.5% weight for the largest constituent, and the weight is redistributed over the remainder of the index.