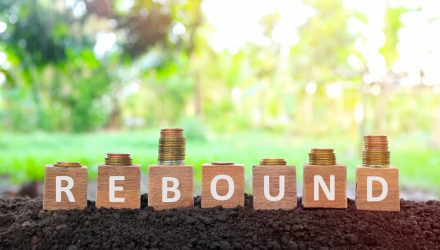 While investors are understandably frustrated with growth and technology names this year, particularly coming off a more than a decade run in which growth trounced value, patience is required. Investors exercising that virtue could be rewarded down the road by ETFs, including the ALPS Disruptive Technologies ETF (CBOE: DTEC).

DTEC provides exposure to 10 disruptive themes on an equal-weight basis. Those themes include Artificial intelligence (AI), big data, cybersecurity, and fintech, among others. Owing to longer-dated cash flows, growth stocks, particularly those that fit the disruptive bill, are scuffling this year. However, some market observers believe writing off growth stocks in a wholesale fashion isn’t the course of action investors should take.

In theory, growth stocks could outperform during a recession, and that’s increasing speculation that the economic condition of the U.S. economy could encounter later this year or in 2023. On the other hand – and this could be good news for DTEC – some experts argue that current inflation expectations are overstated.

“Although some observers expect that the Fed’s interest-rate hikes will halt the economy, most are sanguine. In a recent poll of economists by The Wall Street Journal, 72% believed that the United States would remain recession-free during the next 12 months. Should they become more pessimistic, the relative fortunes of growth stocks will likely improve,” adds Rekenthaler.

Believe it or not, another catalyst for DTEC could be valuation. Indeed, it’s true that disruptive growth stocks rarely traded at compelling multiples, but following the drubbing of the past few months, some DTEC components are as inexpensive as they have been in recent memory. Whether that stokes renewed investor interest in disruptive growth equities remains to be seen, but there could come a time when the discounts are too attractive to ignore.

“Alternatively, growth stocks may have become so cheap that they no longer require a friendly economy to revive. But judging that event is even trickier than foretelling the economy,” concludes Morningstar’s Rekenthaler.