You are at:Home»ETF Building Blocks Channel»Old School Strategy Suits This ETF Quite Well 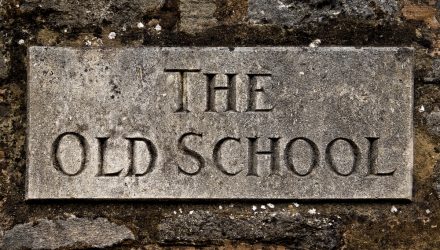 The index includes the five highest-yielding stocks from each S&P 500 sector, excluding real estate. It’s similar to the familiar “dogs of the Dow” strategy, which advocates buying the members of the Dow Jones Industrial Average with the highest dividend yields at the end of a particular year in anticipation that those stocks will rally in the year ahead.

After years of investors falling in love with growth stocks, some market participants may be dismissive of old school strategies such as the one employed by SDOG. Obviously, SDOG eschews glitz and glamour for tried and true. The thing is, tried and true gets that way for a reason.

“The Alps Sector Dividend Dogs ETF, which has more than $1 billion in assets under management and trades under the ticker SDOG, is up 1.1% year to date. That may be a modest return in a vacuum, but it is dramatically better than the 16% decline for the S&P 500,” reports Jesse Pound for CNBC.

With a dividend yield of 3.31% and a positive year-to-date performance, the ALPS fund has held up better than many aggregate bond funds, some of which are sporting double-digit losses as the Federal Reserve raises interest rates. Said another way, higher bond yields aren’t yet enough to prompt investors to depart SDOG.

“Dividend stocks in general have become relative winners in 2022, as investors look to shift into assets that are seen as less risky and for steady income to offset inflation. Some of the fund’s top holdings as of May 9 include some of the best large stocks of the year,” according to CNBC.

That’s testament to SDOG being built for an environment where growth stocks are out of favor, as is the case today. The fund is significantly underweight to communication services and technology relative to the S&P 500, two of this year’s worst-performing sectors.

Conversely, SDOG is overweight to energy — this year’s best-performing sector — as well as consumer staples. The latter is proving more durable than the broader market this year, and some of SDOG’s staples components are among 2022’s top-performing names regardless of sector.