You are at:Home»ETF Building Blocks Channel»Midstream Energy Makes the Move Into Renewables 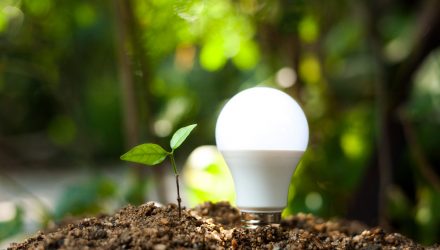 It’s simple economics. Companies must adapt to shifting market conditions are risk being left behind or worse. This particularly in the energy sector where renewables continue pilfering market share and investors from fossil fuel producers.

However, some traditional energy companies see the writing on the wall and are changing with the times. That includes midstream names, including some residing in the Alerian Energy Infrastructure ETF (ENFR).

“The dramatic growth of US oil and natural gas production over the last decade has transformed the US energy landscape by reducing our dependence on coal for electricity generation and exponentially increasing energy exports,” said Alerian analyst Bryce Bingham in a recent note. “Another transformation is underway as power providers and policymakers prioritize low-carbon energy in order to combat climate change. Some traditional oil and gas companies, including a handful of midstream companies, are responding to this shift by incorporating renewable energy into their businesses.”

Changing With The Times

Renewable energy, which includes solar, wind, geothermal, hydroelectric, and other low carbon sources, is commanding an increasing share of the energy landscape, meaning it’s not only prescient for midstream operators to move into the space, but potentially profitable, too.

“In the International Energy Agency’s (IEA) World Energy Outlook 2019, low-carbon sources, led by solar, are expected to account for more than half of global energy demand growth through 2040 under the Stated Policies Scenario, which incorporates stated government policy intentions and targets,” notes Bingham.

Consider this when it comes to the midstream’s foray into renewables: this is something integrated oil companies have been doing for years.