You are at:Home»ETF Building Blocks Channel»Looking at ACES Through an Electoral Lens 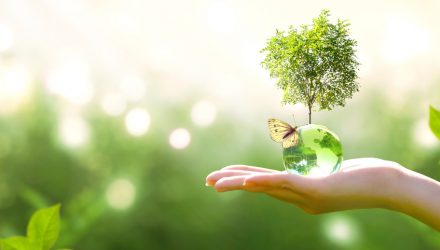 Looking at ACES Through an Electoral Lens

There’s plenty of speculation regarding how the upcoming presidential election will affect the energy sector – both fossil fuels producers and renewables providers. The ALPS Clean Energy ETF (ACES) is an example of an exchange traded fund that’s already hot, but could gain even more momentum with a favorable Election Day result.

“A win by former Vice President Joe Biden – along with Democrats taking control of the Senate – could help accelerate a shift toward sustainability that is already under way,” according to BlackRock research. “His climate policy would focus on four areas: electric power, transport, buildings and research and development (R&D) spending.”

However, it’s worth noting ACES is up 86% over the past year, a period in which a Republican occupied the White House.

A Bounce for Joe Biden?

Investors appear willing to wager that because Biden more overtly favors clean energy sources that assets such as ACES will rally if he wins the White House. That remains to be seen, but he does have an ambitious clean energy plan.

“The Biden campaign has also proposed significant investment to reduce emissions in the transport sector, and to retrofit commercial and municipal buildings to increase their energy efficiency,” according to BlackRock. “Industries such as solar may already have largely priced in the transition to clean energy, yet we see other opportunities, such as energy-efficient technologies and offshore wind power.”

What could determine the near-term course for ACES after Election Day isn’t just Biden winning, but what Congress looks like at the party level and how much the government is willing to spend to support renewable energy.

“How much of Biden’s climate policy proposal would become reality if he won the election? A Democratic sweep would likely lead to a large boost to public investment in clean energy. Fiscal spending would be significantly more constrained under a Biden win with divided government,” notes BlackRock.