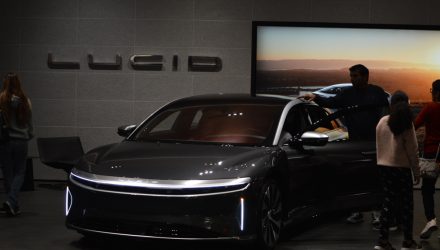 Look to ACES as Lucid Shares Jump on Guidance Beat

Shares of Lucid Group, Inc (LCID) are up nearly 3% on Thursday on news the company produced over 7,100 vehicles in 2022, more than expected.

Lucid said in a statement that it produced 3,493 vehicles at its Arizona factory in the fourth quarter and delivered 1,932, bumping its total production to 7,180 for the full year, CNBC reported. Lucid’s fourth-quarter production total was up 53% from the third quarter.

The electric luxury vehicle maker’s production last year beat guidance, but that guidance had been adjusted during the year. Lucid had originally expected to build 20,000 of its Air electric luxury sedans last year, but it was forced to lower that target twice – in February amid global supply chain disruptions, and again in August, when it cited those logistics challenges, CNBC reported.

Investors can gain exposure to Lucid via the ALPS Clean Energy ETF (ACES), which gives Lucid a 4.18% weight, the second highest of all the 117 ETFs offering exposure to the security, trailing only the VanEck Green Infrastructure ETF (RNEW).

ACES tracks a market-cap-weighted index of North American companies involved in the clean energy industry. The fund comprises 80.7% U.S. securities and 13.8% Canadian securities, as well as offers 5.4% exposure to Bermuda, according to ETF Database.