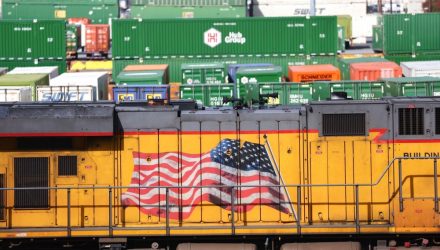 Investors with exposure to transportation have plenty of cause to be nervous, as railroad executives continue to deny sick pay to workers, increasing the likelihood of further disruption despite a congress-mandated resolution to the potential strike. One transportation ETF, the ALPS Global Travel Beneficiaries ETF (JRNY), has managed to sidestep the fracas through a lack of holdings in U.S. rail companies.

JRNY focuses on hotels, lodging, air travel, and consumer discretionary and consumer staples companies that create products that help people travel – such as fashion company Louis Vuitton, which is known for its luggage, and companies like L’Oreal and Estee Lauder, which account for 4.73% and 3.99% of its holdings.

Though some experts think the strike has been averted following a recent Senate vote of 80-15 to force the rail worker unions to accept a deal rejected by their membership, the possibility of a wildcat strike remains on the table, with many union members sour on the outcome. There are also signs that more unrest could continue to impact the situation.

The proposed deal was rejected by union members largely because it does not provide paid sick days to rail workers. A measure that would provide sick days was filibustered by Republicans, falling short of the 60 votes it needed to pass, 52-43.

Tensions remain high, with many union members remaining unhappy about their total lack of sick leave, especially in the face of the five largest railroad conglomerate’s CEOs netting over $200 million in pay over the last three years and over $200 billion in stock buybacks and dividends over the last dozen years. Politicians such as Bernie Sanders and Alexandria Ocasio-Cortez are continuing to express anger at the outcome.

In a statement after Thursday’s vote, Sanders said, “at a time of record-breaking profits for the rail industry, it is disgraceful that railroad workers do not have a single day of paid sick leave.”

The second-largest rail union, SMART-TF, said in a statement, “The ask for sick leave was not out of preference, but rather out of necessity. No American worker should ever have to face the decision of going to work sick, fatigued or mentally unwell versus getting disciplined or being fired by their employer, yet that is exactly what is happening every single day on this nation’s largest freight railroads.”

JRNY Stays Above the Fray

Because JRNY is focused on the vacation side of travel and not exclusively on transportation, investors can rest easy knowing that it is less likely to be engulfed in a potentially damaging labor dispute. Over the past three months, JRNY is up 5.35%, besting other travel and transportation categorized funds which sit at 1.28%.