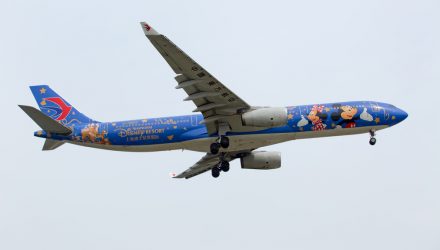 The entertainment giant announced on Sunday that Iger would again take the helm, effective immediately, after Iger’s hand-picked successor, Bob Chapek, has been scrutinized for his management of the company.

“It is with an incredible sense of gratitude and humility — and, I must admit, a bit of amazement — that I write to you this evening with the news that I am returning to The Walt Disney Company as Chief Executive Officer,” Iger wrote to employees in an email, which was obtained by CNBC.

Markets rejoiced on the news; shares of Disney increased around 9% in early trading Monday. Year-to-date through November 18, shares of Disney have fallen 41%, with the stock hitting a 52-week low on November 9.

Disney said in a statement on Sunday that Iger has signed on as CEO for two years, with a mandate from the board “to set the strategic direction for renewed growth and to work closely with the Board in developing a successor to lead the Company at the completion of his term.”

Disney is a top 10 holding in the ALPS Global Travel Beneficiaries ETF (JRNY), weighted 3.62% as of November 18. Notably, JRNY’s competing travel fund, the Defiance Hotel Airline and Cruise ETF (CRUZ), does not hold Disney as of November 18, according to VettaFi.

JRNY is the more diversified of the two offerings and carries an expense ratio of 65 basis points. Incepted in September 2021, the fund has accreted $8 million in assets under management, according to VettaFi.