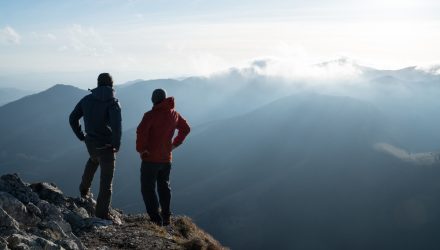 Travel and leisure stocks are enduring bumpy rides this year, but there’s mounting evidence to suggest that folks want to travel.

That could be a positive for exchange traded funds such as the ALPS Global Travel Beneficiaries ETF (NYSEARCA: JRNY). With a broad-based approach to travel and leisure, JRNY has the ingredients necessary to capitalize on segment-specific resurgences.

Adding to the near-term case for JRNY are various data points suggesting the 2022 travel landscape is shaping up to be better than previously expected. For example, recent first-quarter earnings reports from American Airlines (NASDAQ:AAL) and Delta Air Lines (NYSE:DAL) – two JRNY components – were encouraging.

“Indeed, the number of people passing through TSA checkpoints was nearing 2019 levels, according to government data. In New York City, a tourist-dependent city, demand for taxis has doubled since January, while demand in Chicago and Washington D.C. has tripled, said Jason Gross, vice president of mobile at cab-hailing service Curb,” reports Sabrina Escobar for Barron’s.

That TSA data is particularly encouraging for JRNY investors because it comes against the backdrop of soaring fuel prices, which airlines typically pass onto customers in the form of higher fares. There are other positive signs as well.

“Meanwhile, March web-traffic data pointed toward continuing strength in the sector, as website visits to travel sites increased across the board, catching up to– and in some cases, surpassing–2019 levels, calculated Citi analyst James Ainley,” according to Barron’s.

On a related note,  Macquarie analyst Chad Beynon says travel searches for Las Vegas are soaring, which is relevant to investors already holding or considering JRNY because the ALPS fund is home to several casino operators.

“Our monthly LV survey points to continued strength for hotel searches into Las Vegas,” said Beynon. “Overall ‘searches’ were up 12% month-over-month in March, following a solid 15% in February and 12% in January. We believe searches are at all-time highs, which bodes well for 1H22.”

The analyst adds that high gas prices aren’t preventing travelers from driving to Las Vegas and regional casinos across the U.S. That’s an important point in the JRNY conversation because MGM Resorts International (NYSE:MGM) and Caesars Entertainment (NASDAQ:CZR) – the two largest Las Vegas Strip operators – and Penn National Gaming (NASDAQ:PENN) – the biggest regional casino company – are all members of the ETF’s portfolio.