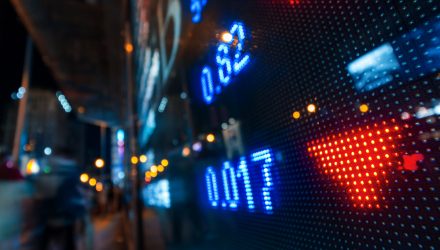 Investors already acquainted with the renewable energy investment thesis and assets such as the ALPS Clean Energy ETF (ACES) know that spending is at the forefront.

More specifically, corporations and governments spending massive amounts of money to reach net-zero goals and reduce carbon emissions is an object of interest. Expenditure projections for renewable energy and clean technologies are usually long-term in nature, making it easier to stick with exchange traded funds like ACES or add to those positions amid weakness, as has recently occurred.

Indeed, the long-term outlook for ACES is bright because, simply put, the amount of capital need to achieve net-zero goals is jaw-dropping.

“As the world grapples with a worsening climate change crisis, governments and companies are pledging to achieve net-zero greenhouse emissions by 2050 — a goal that will require an extra $3.5 trillion a year in capital spending, according to estimates from a McKinsey & Company report released on Tuesday,” reports Emma Newburger for CNBC.

Putting $3.5 trillion into context, that’s more than the current market capitalization of Apple (NASDAQ:AAPL), the largest company in the world by that metric. Now, imagine an amount of spending that exceeds the current value of Apple being repeated on an annual basis.

“Capital spending on physical assets for energy and land-use systems during the transition will amount to roughly $275 trillion, or $9.2 trillion each year on average, the report said. That’s $3.5 trillion more than the amount being spent on those assets annually today,” according to CNBC.

ACES is more than adequately levered to the theme of increasing renewable spending for a simple reason: diversification. The ALPS ETF provides exposure to seven renewable energy industries, led by solar and wind. That’s relevant because with spending needing to reach into the trillions, those dollars are going to be spread around across various concepts and technologies, bolstering the long-term case for ACES along the way.

Making matters all the more compelling is that companies and governments might be waking up to the fact that they can’t skimp on renewable energy expenditures because doing so could be more costly in the long run.

“The cost of climate change will be severe if no action is taken. For instance, a report from insurance giant Swiss Re estimates that climate change could cut the global economy by $23 trillion by 2050, essentially shaving off about 11% to 14% from global economic output,” notes CNBC.