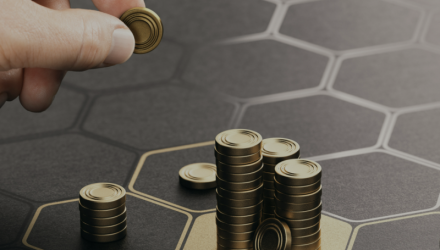 After the Fed hiked interest rates for a fourth time this year, closed-end fund (CEF) investors may wonder how their income will be affected. For closed-end funds, interest rate hikes can create higher borrowing costs for funds that use leverage (i.e., those that issue preferred shares). Higher borrowing costs could lead to lower earnings and eventually distribution cuts. But leverage is not something many investors are willing or able to avoid—it is generally seen as an attractive factor for CEFs that helps them achieve their high yields. Also, over half of CEFs use some form of leverage. At year-end 2021, 61% of all CEFs used leverage, with preferred share assets accounting for 9.4% of total closed-end fund assets.(1) Similarly, the S-Network Composite Closed-End Fund Index (CEFX), which currently contains 122 taxable fixed income and equity option income CEFs from 43 managers, has exposure to leverage through 60% of its index weight.(2) But despite a large portion of leveraged funds, CEFX has been able to keep its distribution rate relatively steady over the past ten years even through previous Fed rate hikes.

During previous rate hikes, CEFX’s yield dropped 100-200 bps and was still much higher than other asset classes.

Past cycles have shown that valuations fall ahead of time in anticipation of rising rates. During the most recent interest rate hikes in 2015 to 2018, the Fed raised rates 25 basis points once in both 2015 and 2016, three times in 2017, and four times in 2018. Using CEFX as a reference, closed-end fund prices started to fall in the middle of 2015 and reached a trough on December 14, 2015—right before the first interest rate hike was enacted on December 15. While distribution cuts occurred over this timeframe, these weren’t as significant as what might be expected due to a broad exposure to different types of CEFs (discussed in more detail below). If we roughly calculate the amount of dividends the index received by using the dividend yield and index price, then absolute distributions were down 6.9% in 2016, down 3.7% in 2017, increased slightly in 2018, and again fell 4.9% in 2019. The average distribution rate by year was at its lowest in 2017 at 7.7%, which is still much larger than most other asset classes. 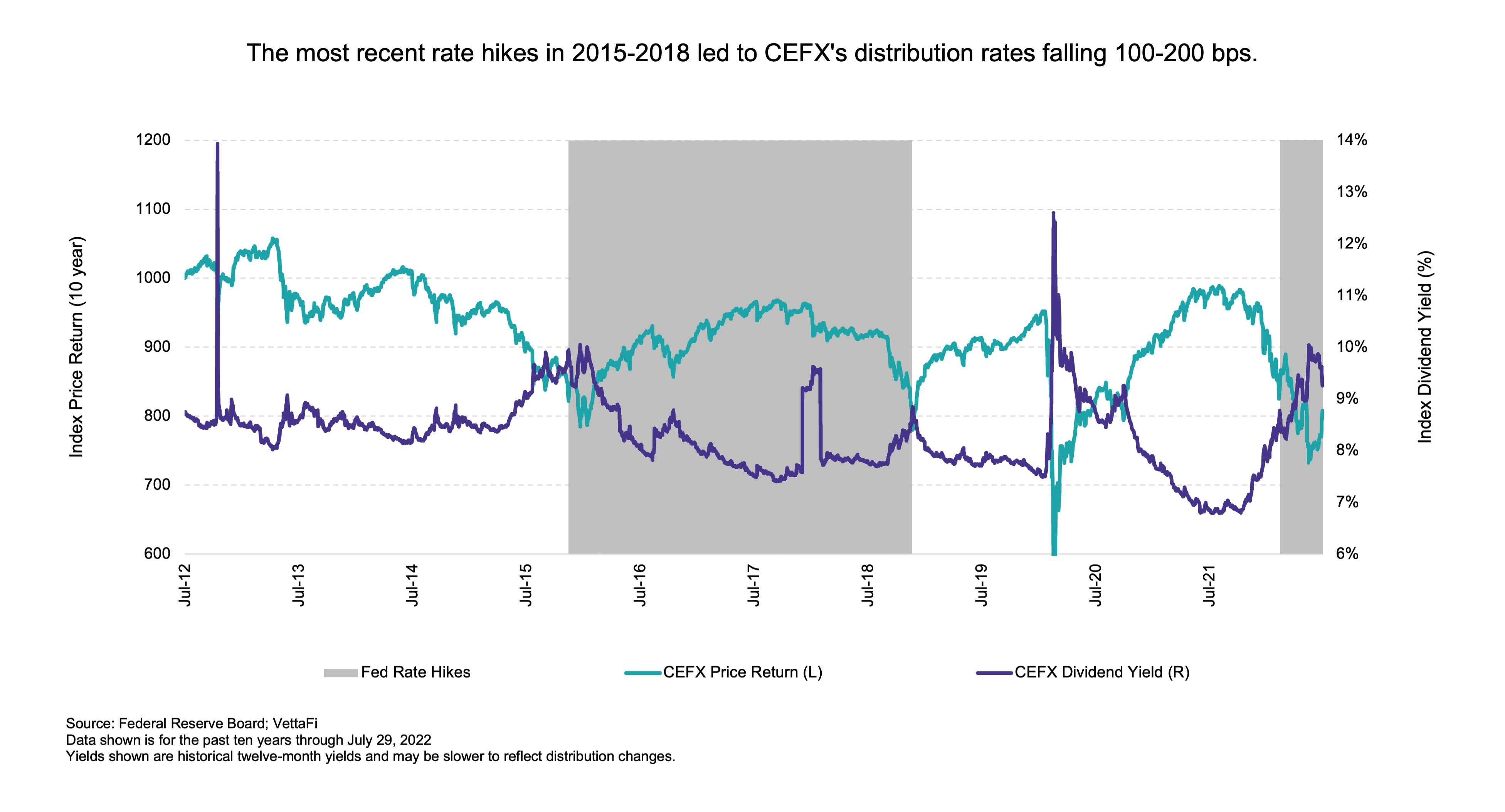 With larger and faster rate hikes this year, a diversified approach may help guard against discount widening and distribution cuts.

Indexes and indexed products provide diversification benefits that may lessen the negative effects of rising interest rates including discount widening and distribution cuts. This time the Fed is enacting interest rate hikes at a much faster pace (rates have already been raised 25 bps in March, 50 bps in May, and 75 bps in both June and July). Negative sentiment may have already started in late 2021 with CEFX’s price return down 16.2% YTD. So far, average distributions have not fallen significantly, but with prices and asset values down, rates are at elevated levels and may need to be reduced to more sustainable levels. Also, it is likely that Interest hikes will continue throughout the year and could add additional pressure. While it is difficult to select individual CEFs in this environment, weighted exposure to CEFs could help investors withstand waves of distribution cuts. For example, CEFX offers exposure to certain CEF strategies which may be less at risk from rising interests. These include unleveraged funds or senior loan funds which pay floating coupons. Among leveraged funds, those with higher earnings coverage ratios may have more cushion to withstand earnings pressure. (The distribution coverage ratio is a ratio of fund’s earnings to its distribution. A ratio greater than 100% means that the fund’s earnings exceed its distributions.) Some funds may also have a large undistributed net investment income (UNII), which is a reserve of undistributed earnings. These can be used to pay special dividends but can also be used to pay distributions if current earnings fall. Looking at the index’s top 20 constituents, only JPS recently decreased its distribution by 8.4%. This was more than offset by an 8.0% increase in EXG’s distribution and a 9.1% increase in JQC’s distribution. 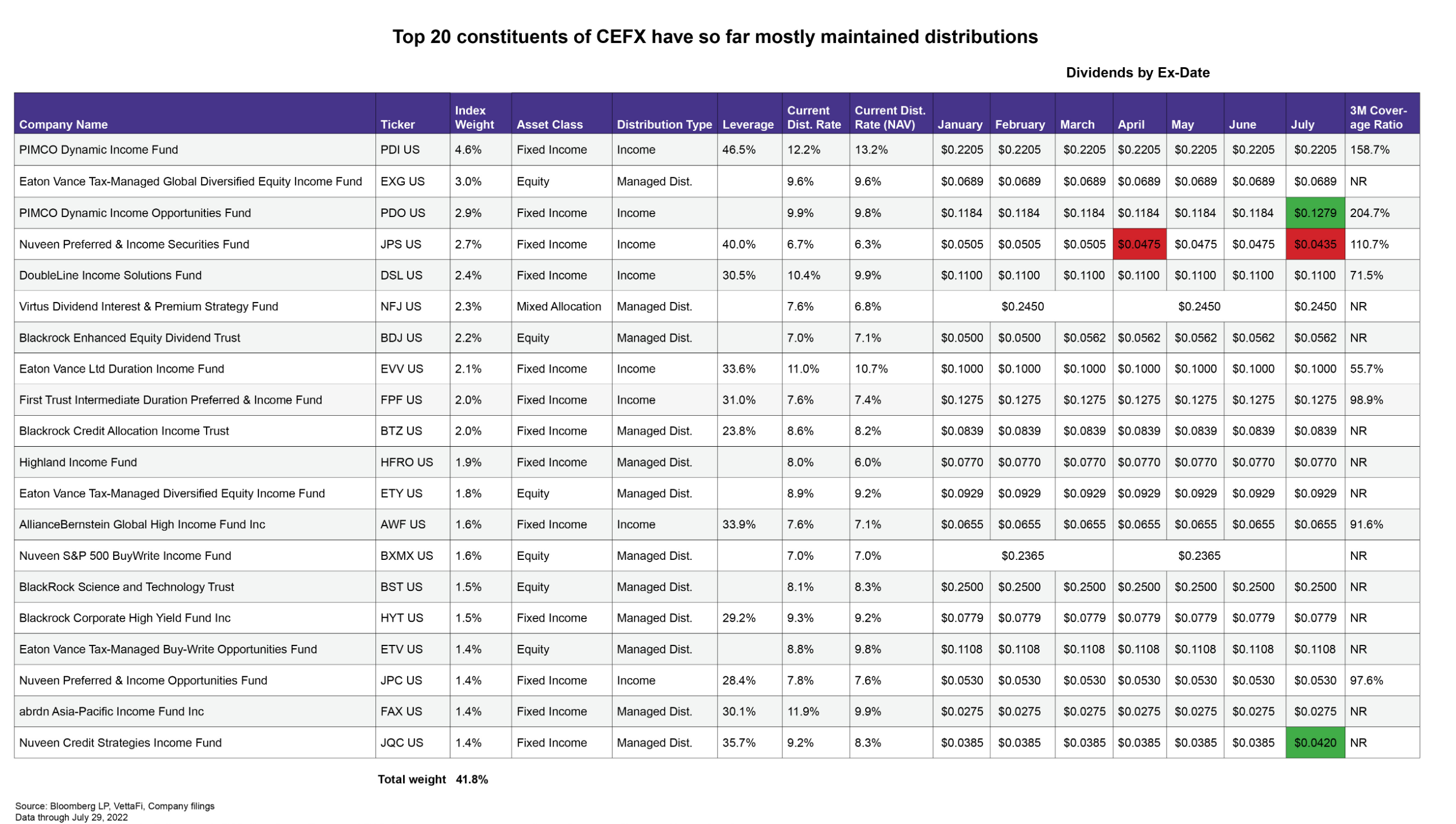 While distribution cuts are a natural part of the interest rate cycle for CEFs, they can be concerning because CEFs are typically used for high current income rather than total return. Even with the appropriate earnings data, it is not easy to tell which funds could cut their distribution and how far valuations could deteriorate. A weighted exposure to closed-end funds can help diversify risk from both discount widening and distribution cuts by providing exposure to varying fund strategies, leverage amounts, and fund managers. 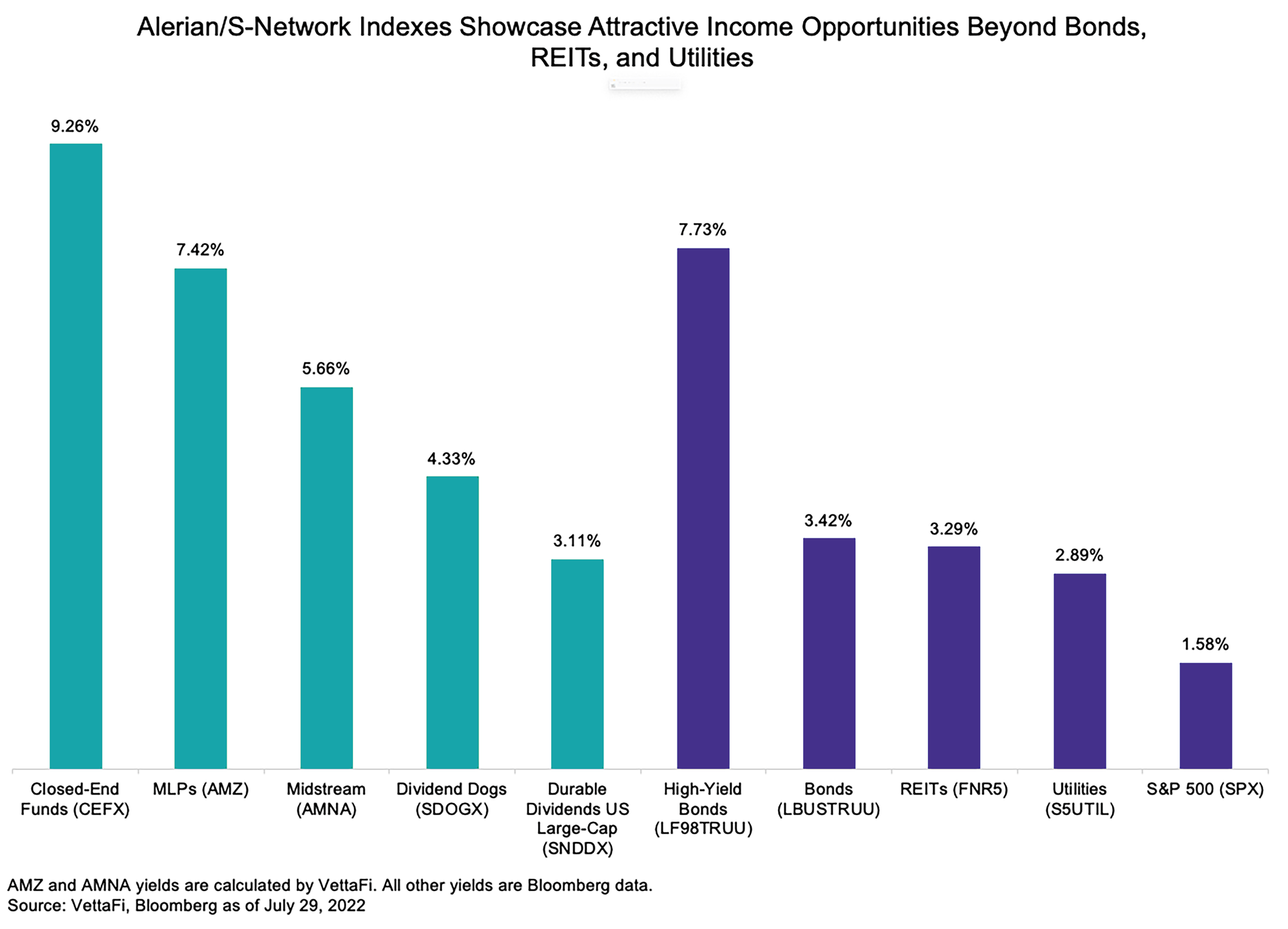 Midstream & MLPs have total returns in the 20% range with yields slightly below five-year averages.

Yields for the Dividend Dogs index suite are near or above their five-year averages.

Closed-end funds returns been pressured by the rising interest rate environment; current yields for the three CEF indexes are above their historical averages.

(1) Closed-End Funds and Their Use of Leverage: FAQs | Investment Company Institute