You are at:Home»ETF Building Blocks Channel»In 2020, This Clean Energy ETF Held All the ACES 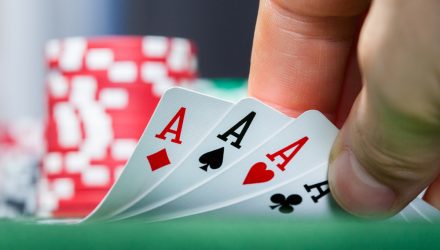 In 2020, This Clean Energy ETF Held All the ACES

A star among renewable energy exchange traded funds, the ALPS Clean Energy ETF (ACES) more than doubled this year. While the U.S. has been a main contributor, investors shouldn’t ignore other regions’ contributions to the renewable energy investment thesis.

Europe is one of the big drivers of renewable energy adoption. ACES is levered to that theme.

“Despite cautious positions on the energy transition adopted by certain governments in the region, the potential for growth in renewable power in Eastern Europe toward 2030 is significant,” according to IHS Markit. “Even Poland – where the government has so far held off from agreeing to the EU’s 2050 net-zero target – activity in the power sector itself gives cause for optimism.”

Eastern Europe Is Queuing Up for Sustainable Energy

“And then there is the offshore wind potential. In Poland, the growth opportunity for offshore wind is huge. IHS Markit expects Poland will have 0.7 GW of installed capacity in 2025, rising to 4.2 GW in 2030, 8.3 GW in 2035, and 12.3 GW in 2040. There are already three projects at the design/permitting stage totalling around 3.4 GW. Under Poland’s draft Offshore Wind Act, Poland will hold auctions for 5 GW of capacity in two rounds of 2.5 GW each in 2025 and 2027. Bidders will compete for contracts-for-difference (CFD) remuneration,” according to IHS Markit.

Eastern Europe is forecast to auction 8.3 gigawatts of clean energy by 2022.