You are at:Home»ETF Building Blocks Channel»How to Make a Safe Bet on the Smart Grid 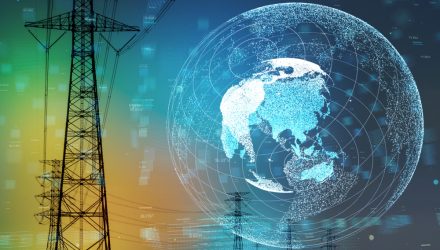 How to Make a Safe Bet on the Smart Grid

Still, the smart grid concept may be too narrowly focused for many investors. An effective way of combating that is with diversified renewable energy exchange traded funds, such as the ALPS Clean Energy ETF (ACES). Efficiency, LED, and smart grid companies represent nearly 11% of the ACES lineup, good for the fourth spot among the fund’s industry exposures. While that’s not massive exposure, it’s enough for investors get into the smart grid game without significant concentration risk, and that’s a positive in the current climate.

Itron, a maker of demand-response systems, accounts for 3.63% of ACES’ weight. Some analysts are bullish on the shares, saying that it’s the best pure-play smart grid company.

“Power grid modernization — a facet of both climate mitigation and adaptation — is a theme to which Itron is uniquely leveraged among U.S.-listed companies,” notes Raymond James.

Some solar names are also plays on rising smart grid adoption and spending.

“And then there are the companies that make the hardware and software to actually bring renewable energy to the grid. This is done through inverters, which are often referred to as the brains of a solar system since they convert the DC from solar modules into AC current for the grid. SolarEdge and Enphase Energy are among the companies that make these specialized inverters,” according to CNBC.

Enphase accounts for 4.63 of the ACES lineup. Enphase is higher by almost 109% over the past year, and some analysts remain enthusiastic about the stock.

“We like ENPH’s core microinverters business, where it enjoys significant market share and is well-positioned to capitalize on growth in the U.S. resi solar market,” said KeyBanc.